A terrorist attack on a gas pipeline in the eastern Homs countryside, which links the al-Shaer gas field with Ebla Gas Factory, forced the cessation of services reports SANA. 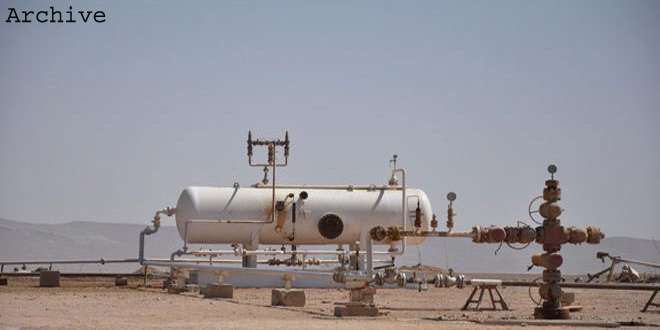 The gas pipeline linking the al-Shaer gas field with Ebla Gas Factory in the Homs eastern countryside went out of service due to a terrorist attack.

SANA’s reporter in Homs said that: “Terrorists vandalized the gas pipeline which extends from the al-Shaer field to Ebla Gas Factory, forcing the pipeline to go out of service.”

The reporter indicated that, “technical workshops affiliated to the Petroleum Ministry started to work on fixing the gas pipeline in order to pump gas through it again.”

The reporter added the, “gas pipeline that went out of service transports 2.5 million cubic meters of gas daily to Ebla Factory and from it to the power plants.”

Remnants of the Islamic State are spread in some areas in the Syrian Badia and they try to attack residential areas and vital facilities and the military posts as army units hunt them down to secure the Badia.