A total of four explosions hit the city of Hassakeh, causing damage and some injuries, and forcing the authorities to take action and impose a curfew on motorcycles reports Etihad Press. 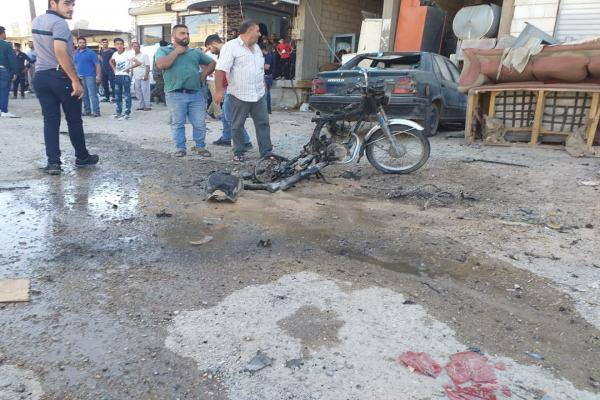 The Asayish—the internal security forces in the Self-Administration—imposed a security cordon on a number of districts in Hassakeh in northeastern Syria, and stepped up their patrols after a series of blasts that struck the city on Thursday.

A motorcycle bomb exploded in the al-Salahiyeh district near the al-Mashahma roundabout, east of the city center, causing damage.

It was followed by another blast about 20 minutes after the first in the same district, near the police barracks corner near the al-Batreeq shops about 100 meters from the site of the first blast, and was also a motorcycle bomb. The attack damaged a bus parked alongside the road.

About 10 minutes after the second blast, a third blast occurred in the al-Kalaseh district west of the city at the Sutoro Forces checkpoint, and caused minor injuries to an Asayish member.

The Asayish moved to declare a curfew for motorcycles in the city for a week, after 03:00 P.M., and said that when the curfew ends, only motorcycles with a Self-Administration number will be allowed to travel, starting from 06:00 A.M. until 08:00 P.M., noting that the circular includes military and civilians without exception. Motorcycles in violation will be confiscated.

In the same context, the toll of dead from the blast in Afrin rose to 13 people, including two children and four civilians and four members of Turkish groups, in addition to an unidentified person. There were 30 wounded, some of them seriously.