The Ministry of Housing and Public Works is exploring how the housing cooperatives can help in the reconstruction, but many see this as a further land grab reports Baladi News. 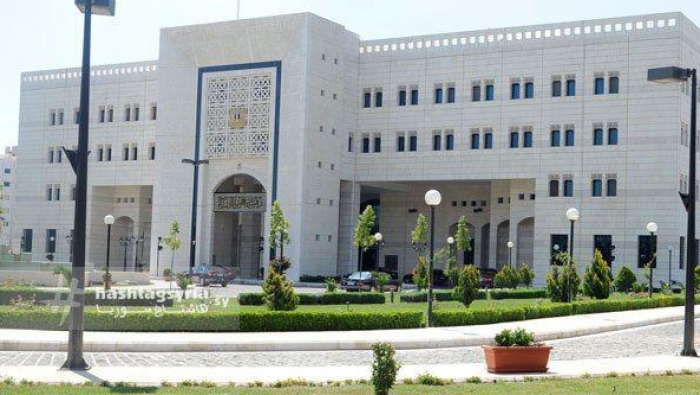 The regime government cabinet intends to discuss a memorandum submitted by the Ministry of Housing and Public Works to study the ability of the housing cooperatives to take part in the reconstruction, according to the loyalist Hashtag Syria website.

Rights lawyers considers this memo to be a window for the regime’s economic giants to carry out new thefts and open investments and massive residential and commercial projects that bring revenues to those traders, according to the civil activist Mohamed al-Deeb.

He added that the regime’s reconstruction projects aimed to transform residential property in areas whose residents were displaced to the north or outside the country, either through a regime act or voluntarily, giving the owners shares with the aim of reducing their prices for traders or putting pressure on residents to sell them, in the end serving the interests of businessmen.

The rights lawyer Abdel Rizk Bakour said that what the regime is trying to do with these projects is to enable a reconstruction deal and achieve its effects on the ground—so to speak—through local and international allies. But instead of the projects being a chance for displaced people to return to their homes, the regime is working to use them selectively for enrichment, reward, and punishment.

The regime Housing Minister, Suhail Abdel Latif, has previously described the residential cooperative sector as sick, and said that it needed intensive treatment, noting that there were corrupt boards of directors in this sector.

In April 2018, the Assad regime issued Law No. 10, which was a generalized and amended version of Legislative Decree No. 66 for the year 2012, which aimed to permit the confiscation of property left by civilians displaced in Syria or outside the country. In this way, Law No. 10 legitimized the registration of new land and exempted a large number of land owners from the local property registries. By changing the administrative structure, it allowed the state to easily seize more civilian property which they had been forced to flee, and give it to the big traders.

All economic projects that the Assad regime is trying to carry out in Syria have become a burden on its fragile economy because of the international crises and American sanctions which have drained it completely.