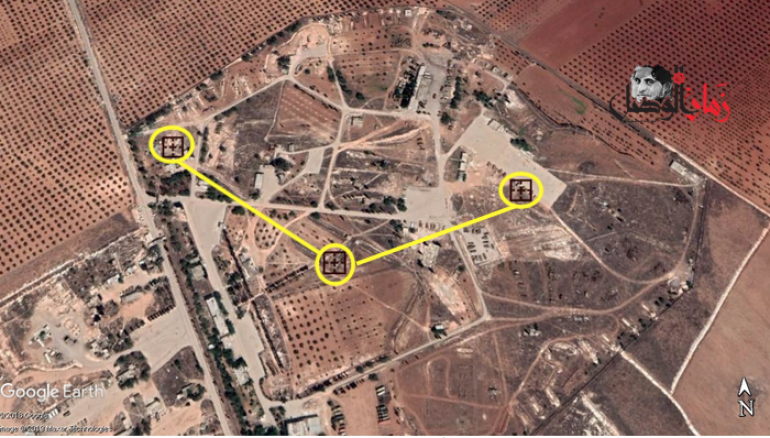 The source, who spoke on condition of anonymity, said the first strikes hit the 91st Brigade, affiliated to the First Division north of Kiswah town. This target used to be Israel’s favorite military target to strike, since it was the main stronghold for the Iranian Revolutionary Guard and allied militias.

Jamraya, also hit by Israel, is the mountainous site north of the capital that used to be a depot for Bashar al-Assad’s chemical weapons and a secret pocket for Hezbollah militants, as well as the headquarters of the regime’s Scientific Research Center.

The Israeli missiles hit the Technical Battalion of the 77th Air Defense Brigade near Sahnaya town.

A bastion for Hezbollah militia in Flita village at the Lebanese border was also hit by Israel. Despite reports of heavy losses, Iran’s proxy has reported no casualties.

On Tuesday, the Syrian regime accused Israel of committing “state terrorism” after the Israeli airstrikes.

In the central Homs province, the Israeli strikes hit the 84th Brigade, affiliated to the 18th Division in the Syrian Desert. At least six troops were killed and a dozen were wounded.

Israel struck a factory in the industrial city of Hassia. One civilian was killed and four more wounded.

Three soldiers were killed in the Israeli airstrikes on a military post in Talkalakh town near the Lebanese border. The town is believed to be controlled by Hezbollah.

A military research center run by Iran in the Homs countryside was destroyed. The center used to develop missile systems, according to the source.

Meanwhile, Syrian activists mocked the regime army after a stray missile exploded in mid-air over villages in northern Cyprus, fired in response to the Israeli attack.

No one was hurt in the freak incident.

The stray was a Russian-made S-200 surface-to-air missile, which can have a range of up to 250 miles (400km), according to The Guardian newspaper.