A number of people were injured and a child was killed when two motorcycles exploded in Aleppo province, which has been plagued by a string of similar attacks reports Hurriya Press. 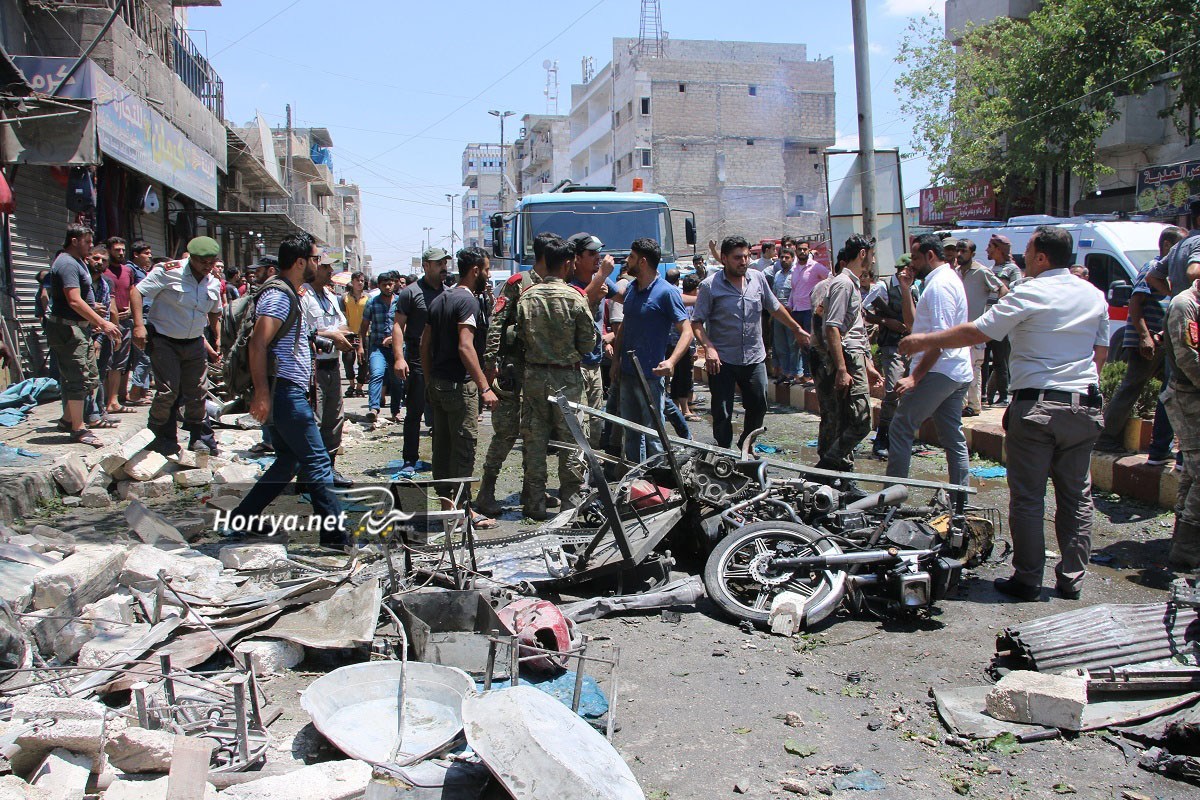 A civilian was killed and a number were wounded on Wednesday when two motorcycle bombs exploded in the city of al-Bab and the town of Qabasin in the eastern Aleppo countryside.

Hurriyah Press’s correspondent said that the motorcycle bomb exploded in front of the Omar bin al-Khatab mosque in al-Bab city, killing a children and wounding eight other people, some severely.

Our correspondent added that at the same time, another motorcycle bomb exploded in the town of Qabasin, which wounded 14 people, including serious cases.

Rescue teams hurried to remove the body of the child and to treat the wounded in hospitals in al-Bab and Qabasin.

The city of al-Bab and areas outside the control of Assad’s forces in the Aleppo countryside have recently seen a number of blasts by motorcycle bombs and explosive devices, the latest of which was an explosive device in a car near the Ali al-Karaz school in al-Bab in June, which killed a member of the police agency.