Brita Haj Hassan has started a hunger strike to protest the crimes of the Assad regime and their Russian and Iranian partners writes Zaman Al Wasl. 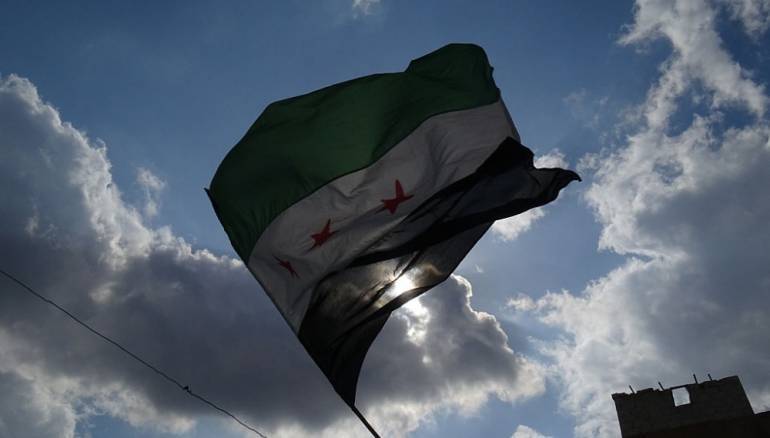 Many believe that the Syrian revolution has faded, but Syrians who believe in their revolution, their right to life and victory have decided to fight their battle against the Assad regime and its allies in a different way.

Brita Haj Hassan, former head of Free Aleppo Governorate, has decided to go on hunger strike, like so many others across the world.

On Monday, the second wave of protests began. People in France, Turkey, the Netherlands, Germany, Switzerland and Belgium went on hunger strike, to protest against the crimes of the Assad regime and its Russian and Iranian partners

Four Syrian activists set up a committee to support Brita and her strike.

On Monday, Tariq Haj Bakri, a human rights activist and fellow journalist at Zaman al-Wasl, began an open hunger strike in the Turkish city of Gaziantep.

Active member of the committee, Abdelkader Bakkar talked about the activities of the committee. He pointed out that it organized media campaigns, with the Twitter hashtags receiving plenty of attention.

He said that the committee is aiming to organize the strike, as the number of participants increases daily and organise the media coverage.

“Brita’s goals and the rest of the hunger strikers’ goals are the same goals of all Syrians, as they are all looking for an end to the killing and to achieve the demands of the revolution for freedom and dignity,” he said.

Eleven people in addition to Haj Hassan began a hunger strike and it will be followed by many other waves of hunger strikes.

The conflict in Syria has killed more than 560,000 people and displaced 6.5 millions since the revolution erupted in 2011 following the brutal repression of peaceful protests against Bashar al-Assad.