Currency exchange offices in Aleppo province have gone on strike following a spate of robberies by masked gangs, who have also killed individuals during the crimes reports Zaman Al Wasl. 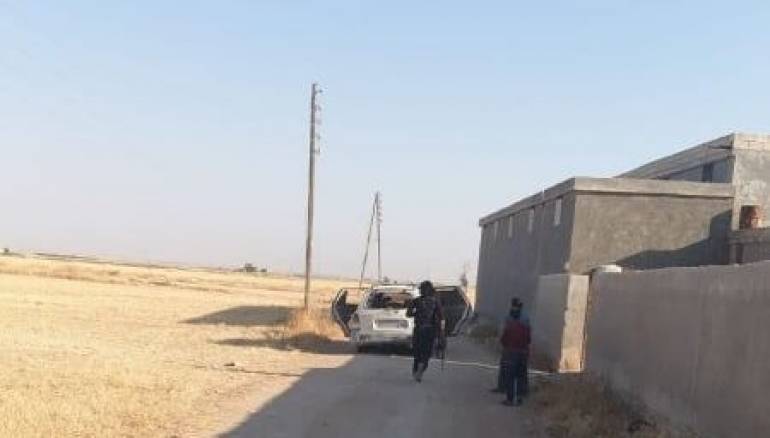 On Saturday, dozens of exchange shops closed in the rebel-held areas of Aleppo province, as part of a strike by owners to protest the increase in burglary and looting by unknown gunmen.

Ahmed Abou Yusuf, owner of a currency exchange shop in the border city of Azaz, said dozens of shops agreed, after a meeting held on Friday, for a strike that included several towns in the Euphrates Shield and the Olive Branch areas which are under the control of the Turkish-backed Free Syrian Army.

“The strike was a tribute to Ibrahim Idris, who was killed on Friday in a robbery by a masked gang of five people near the village of Fayrouzia east of Azaz. The purpose of the strike is to emphasize the necessity of retribution, especially as factions of the National Army managed to chase the criminals and arrest one of them, ” he added.

The head of the security office in al-Mu’tassem Brigade explained that his faction received a report yesterday that an armed group had robbed and killed the owner of the exchange shop, Ibrahim Idris, while his colleague was injured as he was transporting 85 million Syrian pounds from the city of al-Bab to Azaz.

The security officer in al-Mu’tassem Brigade denied the subordination of the gang members to any resistance factions, with no connections in the National Army. It is responsible for several robberies, including an ATM in the city of Jindires three months ago.

He also pointed out that this gang has close links and direct coordination with the US-backed Syrian Democratic Forces and the Assad regime. Its work in the liberated areas is part of the ongoing efforts by the two parties to create chaos and instability in the region.

Various areas in northern and eastern Aleppo have witnessed the spread of thefts and kidnappings as well as continued bombings and assassinations, amid a clear inability by the civil and military agencies and a lack of coordination among them to adjust security in areas under their control.