The Syrian National Coalition has called on international organisations to increase efforts to stop attacks in Ideb and Hama and protect civilians. 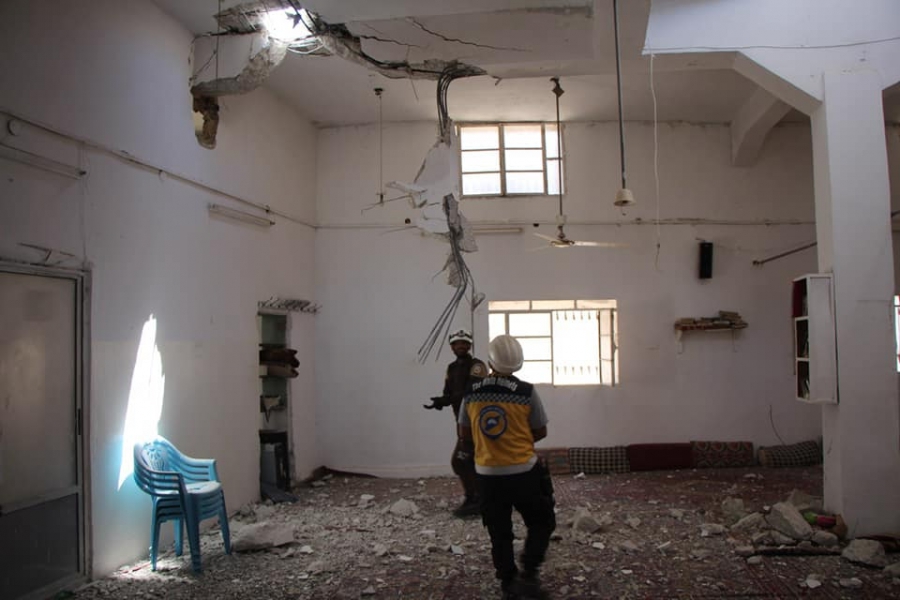 The Syrian National Coalition said that the Assad regime and its allies are using, “all tactics and weapons that are prohibited under international law against civilians in Idleb and rural Hama.” It called upon active members of the United Nations to take action and protect civilians.

In a press release issued on Sunday, the Coalition said: “The latest developments and events on the ground and the daily confrontations on different fronts bear one title: the ongoing criminality of the regime and its allies.”

The Coalition noted that: “the ongoing bombing campaign against Khan Sheikoun and southern rural Idleb and northern rural Hama is the most recent litany of crimes committed under this title. The town and its surroundings are being subjected to a campaign of destruction, and annihilation.

“Russian missiles, the regime’s barrel bombs, the white phosphorous bombs and the heavy shelling of cities and towns as well, as everything else that is forbidden under international law, is being committed and used against civilians in those areas.”

The Coalition went on: “The ongoing bombing campaign is a blatant violation of international resolutions and agreements on the region. These developments must be immediately referred to the UN Security Council as each party is obliged to assume their responsibilities.”

“It is imperative that the United Nations take practical steps to ultimately stop the killing, destruction and displacement. Resolutions and laws cannot be enforced on their own. The international organization and its active members need to assume their duty to protect civilians and enforce UN Security Council resolutions,” the Coalition added.