Mohiddin Manfoush, who was involved in the deal that saw opposition fighters leave eastern Ghouta, has now secure regime contracts to clear the area for reconstruction writes Al-Hal. 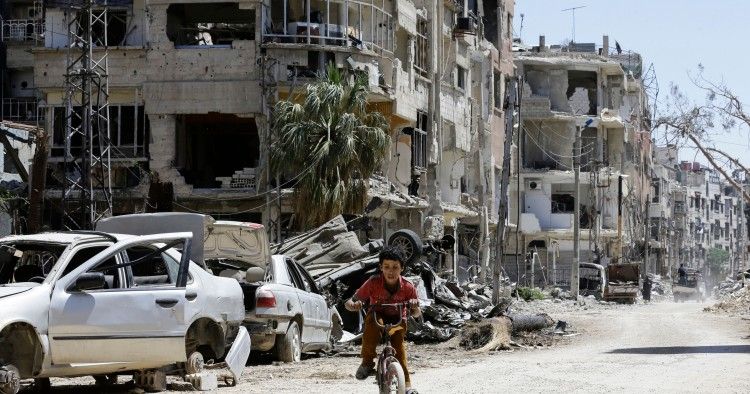 A source has revealed a deal between a well-known trader in eastern Ghouta in the Damascus Countryside, Mohiddin Manfoush, and the regime’s Military Housing Establishment to clear rubble in three towns in eastern Ghouta.

The Enab Baladi newspaper quoted a source, who asked not to be named for security reasons, as saying that, “the contract includes the towns of Masraba, Beit Sawah and Madyara, without other Ghouta areas or central sectors.”

The source did not give details of the contract signed between the trader Manfoush and the Military Housing Establishment or its duration, and only noted that the regime government refused to sign a removal contract for all Ghouta’s cities and towns, according to Enab Baladi.

Manfoush played a role in the agreements during the regime’s military attacks on Ghouta, which ended with rebel groups losing control of eastern Ghouta in April 2018, as he was the only trader with control over the entry of goods to the area when it was under siege by the regime from 2013 onwards.

The regime is working to destroy houses and to clear districts on the pretext of making way for reconstruction, with a businessman close to the regime, Mohamed Hamshou, previously clearing metal rubble from Daraya in western Ghouta in order to recycle it in his smelting factory in the Adra Industrial City.

The Damascus government has allocated five billion Syrian pounds to clear rubble and to restore government buildings in Ghouta according to the Al-Watan newspaper.