Brigadier General Ghassan Bilal has been accused of major violations occurring in Damascus and its countryside reports Al-Modon. 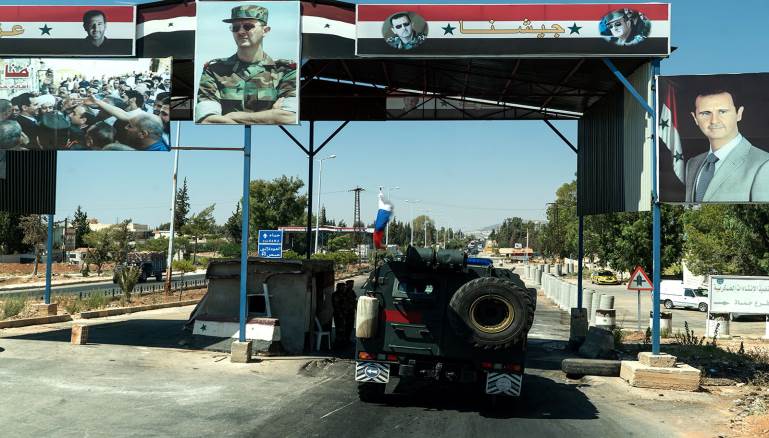 Al-Modon has learned from its sources that since March, the manager of Maher al-Assad’s office, the chief of staff of the southern region, Brigadier General Ghassan Bilal, has been placed under house arrest, and has stopped carrying out his duties, along with a number of his aides and associates.

Al-Modon’s sources said that the decision to put Bilal under house arrest came after he was summoned twice to the Republican Palace to meet with figures close with Bashar al-Assad, who discussed matters with him related to major violations occurring in Damascus and its countryside in his name and the name of officers close to him.

Sources said that Maher al-Assad had personally intervened to stop Ghassan Bilal’s arrest and to stop him from being sent to Saydanaya military prison, and so the Republican Palace security office decided to put him under house arrest and limit his powers while they look into his case.

According to the source, major commanders in Hezbollah and the Iranian Revolutionary Guard intervened to resolve Bilal’s case and to restore his position, because he is one of those closest to Iran’s militias in Damascus. But this did not change the decision issued by the Republican Palace to freeze Bilal’s powers.

Ghassan Bilal’s powers and their freezing come at a time when the Iranians put him forward as an alternative to Major General Mohamed Mahala to head the Military Intelligence Directorate. The case has opened issues of corruption connected to him directly by the Russians who used the Republican Palace security office as a tool to end Bilal’s appointment as head of the Military Intelligence.