Offices that deal with displaced people and their right to return have been closed by authorities, which has sparked protests in Afrin reports Zaman Al Wasl. 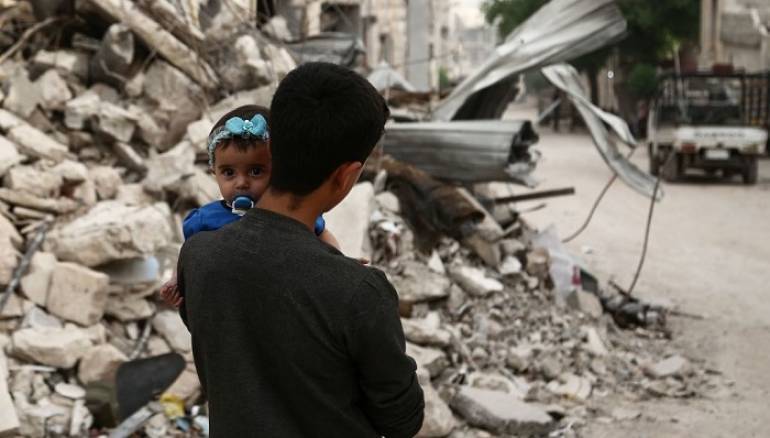 Representatives from the offices for displaced Syrians in the border city of Afrin called for protests against the Turkish decision to close their offices, saying that Turkey seeks to force the displaced to settle in northern Syria and to bar them from the right to return.

According to a joint statement issued by the representatives of six offices, the decision aims to erase their Syrian identity, forcibly binding them to the areas where they currently reside. The report accused the Turkish government of the attempt to settle the displaced in Afrin, through what it described as, “reinforcing the mentality of dispossessing the displaced from their attachment to their regions and their right to return.”

The statement stressed that all available means must be taken to stop this decision, at the same time, calling for continuous demonstrations, as a rejection of the decision and to pressure the resumption of the immediate work of the offices to serve the people of their regions.

According to sources, the local council of the city of Afrin conveyed, at a meeting, held in the presence of a representative of the Turkish government, about the need to close these offices in the city. Adding that, “During the meeting, a representative of the Turkish intelligence service verbally informed the committees to close all civil affairs offices for the displaced.

A new decision by the Turkish government was issued to cancel residence permits, which allowed the displaced to obtain an identity card, to be replaced instead by Kurdish officials who will soon be appointed, and to who they can refer to in case they need to obtain any other civil papers.”

The source explained that this decision would obliterate the identity of the displaced, because they come from multiple provinces and when new IDs are issued to them in Afrin, the Afrin registration will be placed on them, thus canceling their previous registrations.

The offices of displaced persons, throughout the region of Afrin, carry out relief, work and conduct censuses of displaced people from all governorates and organize them into indexes, showing their family data and places of residence, as a customary legal measure to secure their needs through local councils.

The source explained that these offices also coordinate with the local council of Afrin and the “interim” government in order to assist the people of the displaced areas to obtain official papers, such as registrations, residence permits, family civil status books, death / birth certificates, family registrations, the latter officially recognized in Turkey and a number of European countries.

It is worth mentioning that the entities calling for the demonstration are: the Revolution Coordinators Union in Afrin, members of the Damascus Governorate Council, and the offices of the civil affairs in the countryside of Damascus, Homs and the coastal region.