The Turkish regime was granted a short cease-fire to allow its forces to move observation points out of the path of the Syrian army writes Al-Watan. 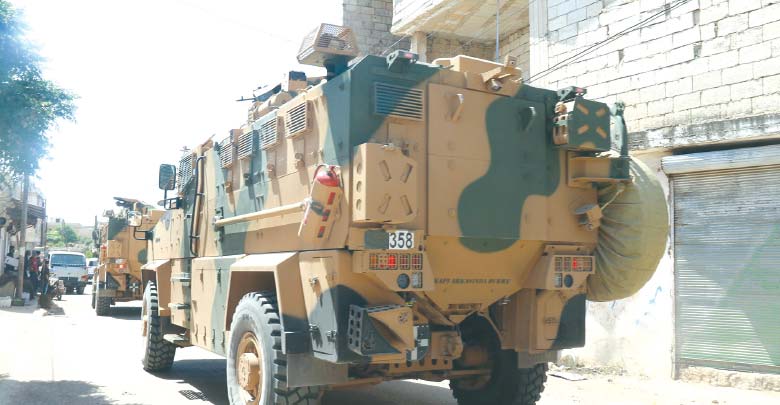 After the Syrian Arab Army swept away the terrorist proxies from the north, the Turkish regime is begged for a 72-hour truce, which it obtained and which began at midnight on Saturday night, and which the army is adhering to, while terrorist groups and armed militias are rejecting and violating it.

A source on the ground told Al-Watan that the truce would allow for the repositioning of Turkish-Russian observation points and the withdrawal of terrorist groups deep into the north of Idleb province. The military units operating in the Hama and Idleb countrysides have adhered to it, while terrorist groups have rejected it, with the so-called Ahrar al-Sham and National Front for Liberation conditioning acceptance of the truce and a ceasefire on the withdrawal of the Syrian Arab Army from points that it liberated recently in the northwestern Hama countryside, according to a statement on their website.

The source said that the military units operation in the Hama and Idleb countryside are adhering to orders from their commanders and halting military operations throughout the duration of the truce, which is being monitored with precision and is on standby to deal with any potential violation.

The source said that these units have over the past few days taken control over 19 villages, farms and strategic positions and have penetrated 20 km deep into the northern Hama countryside and Sahel al-Ghab.

Al-Watan has learned from sources that the Turkish regime requested the truce in order to withdraw its observation points to bring them in line with the current map of control and the transformations that will affect this map after the end of the truce.

The source said that the reason the terrorist groups and militias rejected this truce is because they understand that the Turks will withdraw their observation points from the path of the army, which will continue its military operation to the north—especially given that these groups and militias are aware that their Turkish backer is no longer capable of protecting them.