Over two day, the bodies of fighters who had agreed to settlements with the regime and were killed in northern Syria, were returned to the Damascus countryside reports Sowt al-Asima. 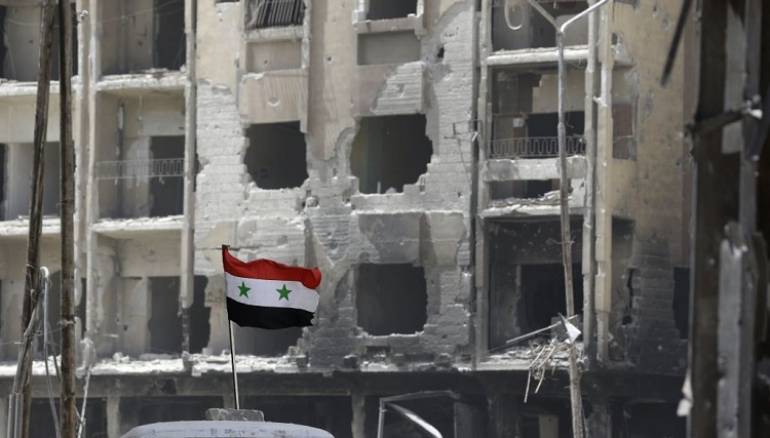 In the last two days, the bodies of 10 “settlement” fighters who joined Assad’s militias have arrived at military hospitals in the Damascus Countryside. The fighters were killed in the ongoing battle in Idleb and Hama against Syrian resistance groups.

The city of Douma mourned eight young men from among their residents, after they were killed fighting for in regime’s militia ranks in northern Syria, including two who were part of the Fifth Corps and six who were in the Tiger militia led by General Suhail al-Hassan.

Khan al-Sheikh, al-Tal and Harasta received the bodies of fighters from various militias including the Fourth Division, the Republican Guard and militias under the authority of intelligence branches.

Local sources in Douma said that a state of fear and terror was gripping residents of the city who had volunteered for the regime’s militias after the bodies of their fellow fighters arrived from northern Syria, out of fear they would be put onto the fronts if the fighting continues.

The regime is relying on using the reconciliation and settlement fighters as the spearhead in the attack against opposition factions in the current fighting according to eyewitness soldiers who spoke to Sowt al-Asima after taking part in the fighting.