Residents of Deir ez-Zor protested the presence of Syrian Democratic Forces in the area and the violations committed by their members writes Justice for Life. 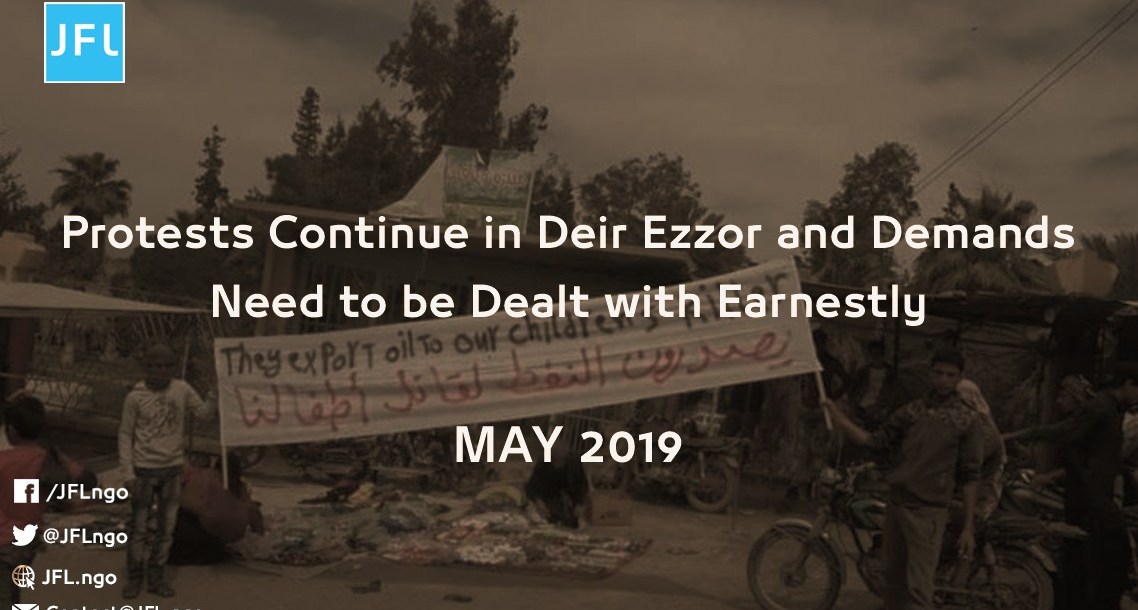 Last April, protests were sparked in many villages and towns located in Syria Democratic Forces (SDF) held areas, north of the Euphrates River,  in Deir ez-Zor province. The areas of Shuhail, Gharaneej, Abou Hamam, al-Tayyana in the eastern countryside along with al-Kasra, Mhaimeeda, Sfeera, Hammar al-Ali, and al-Zghair in the western countryside witnessed protests which gradually increased in numbers.

Protestors burnt tires and carried banners. The residents of Mhaimeeda drove the public security out of the village on Apr. 28, 2019. The protestors had demands of the civil councils and SDF and confirmed that the protests will continue and be increased if there is no response.

In addition to the protests, villages sent messages through community leaders to SDF, which included specific demands.

The Public Security forces arrested dozens of protestors, beating them before they were released, similar to what happened in al-Tayyana village.

Civil Society as a Party That Can Take an Action