The new Syrian National Initiative hopes to put the decision making process back into the hands of Syrians and move the country towards a state of law reports Etihad Press. 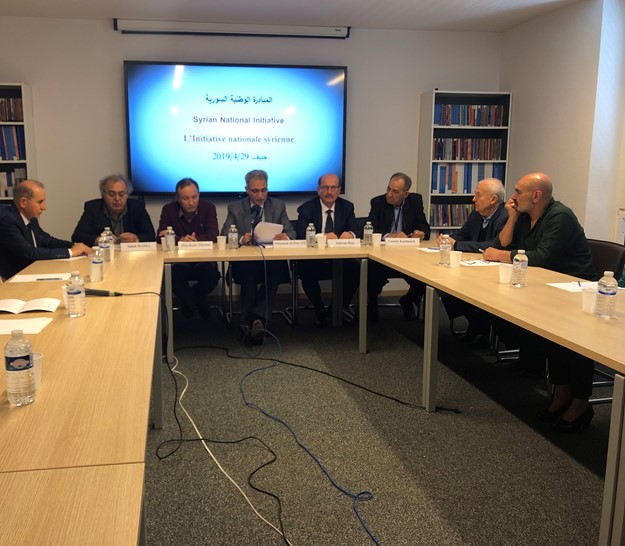 On Monday, in the Swiss city of Geneva, a press conference was held to announce the launch of the “Syrian National Initiative” with the aim of, “preparing to hold a Syrian general conference and to restore the right to decide Syria’s fate to Syrians themselves.” Over 250 people signed the initiative, including politicians, military figures and civilians.

In a press conference, the initiative announced a “general principles document” and that: ”this initiative is based on the implementation of the UN resolutions of a transition to a state of law, and not sectarianism, based on a separation of powers and a democratic exchange of authority, and rebuilding the security and military institutions on a national and professional basis.”

Thirty people participated in the Syrian National Initiative meetings in Geneva, which lasted for two days and ended with the selection of a “preparatory committee” for the Syrian National Conference, who held a press conference, during which it announced the initiative’s launch, with a recording posted online.

The statement attacked the Astana negotiating track and said it was, “snatching the Syrian issue from the Geneva track to the benefit of the guarantor countries.” The statement noted that this had led to negotiations being limited to the formation of a constitutional committee, which is a small part of the matter. It noted the importance of considering more important issues, such as the matter of prisoners, and a real change in power and in the state.

In a statement to the Elaph website, the Syrian opposition member, Khalid al-Mahamid, one of the signatories to the initiative, said that he was “with every initiative that stopped the shedding of Syrian blood” and added that there was a need to, “be open to all constituencies and not exclude any party or constituency, and to hold a collective Syrian-Syrian dialogue which included everyone.” He stressed the importance of “getting out of the current situation” and noted that this initiative, “includes national figures and military commanders and is based on opening the horizons of a solution in Syria.”

Mahamid stressed that, “there are stumbling blocks in the political process, and it must be a Syrian decision without influence from any other country and according to an international reference and taking into account all UN decisions with regards to Syria.”