Allawi al-Bashasha said that he was only in Syria for a visit when he was arrested and imprisoned for 31 days reports Asharq al-Awsat. 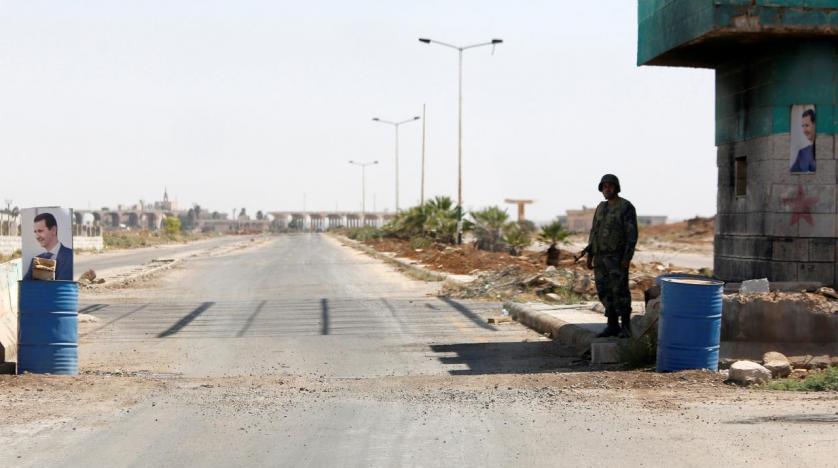 Months after his release from Syrian-regime controlled jail, a Jordanian national recounted the 31 days of horrors he endured at the facility.

Allawi al-Bashasha told Asharq Al-Awsat that he witnessed conditions that would have been impossible for humans to endure.

He was arrested on the same day that the border crossing between Jordan and Syria was reopened in October, while he was simply seeking to visit Damascus.

Bashasha described the “never-ending nightmare” at Syrian security centers, saying he was held without any charge. He was barred from contacting his family, adding however, that Jordanian prisoners were treated better than prisoners from other nationalities.

Upon his arrest, he was held at the political security center in Daraa city on the border with Jordan. He was previously barred from traveling to Syria over financial cases, which were included in an eventual pardon by the regime.

Bashasha’s long series of interrogations and investigations by the regime started in Daraa, continued in the al-Fayha political security center in Damascus and ended at the Air Force Intelligence Directorate. There, detainees are not addressed by their name, but are given a number, which the prisoner is expected to memorize. Several detainees are held in a cell that is barely over a meter squared in size. At one point, recalled Bashaha, he was held with five other people.

He added that the Syrian authorities were not cruel to him in jail given that the case against him was far removed from terrorism suspicions or insulting regime leader Bashar Assad. These two charges will lead to torture.

Despite the “milder” treatment, Bashaha said that life in Syrian jails was “beyond human comprehension”. He stated that inmates are hardly given any food and they are forced to use the bathroom only twice per day and personal hygiene needs were withheld from them.

Bashasha spent long days wondering he will die in prison, until investigators interrogated him over his financial case. After his testimony, he was moved to another prison where inmates informed him that detainees moved to that facility often end up being released.

Bashasha was unaware at the time that MP Khaled Abu Hassan, of Jordan’s al-Ramtha city where the prisoner hails from, was mediating for his release. He dispatched a parliamentary delegation to Damascus in November to ask Assad for his release. Abu Hassan would later accompany Bashasha as he departed Syria.

In the new prison, Bashasha said that conditions improved. Wardens allowed him to use the bathroom and take a shower. He was given food and clean clothes. Soon after, the order for his release was issued on condition that he inform authorities of the exact location he would be staying in Damascus.

Bashasha was one of 45 Jordanians who were arrested when the border between Syria and Jordan was reopened. Amman announced recently that eight of the detainees have since been released.

Bashar Sabri Rabih was among those who chose to return home. He was released in early April and was held for about a month. He told Asharq Al-Awsat that he was imprisoned simply for using his mobile phone camera to take pictures of tourist sites. He was accused by Syrian security forces of photographing a security checkpoint.

He was eventually set free, but the circumstances surrounding his release were not disclosed. “They released me, returned my car and I able to return to Jordan,” he remarked.