Bouthaina Shaaban and the Bolivian Foreign Minister pointed to the strong relationship between the two countries and the importance of China's Belt and Road initiative writes SANA. 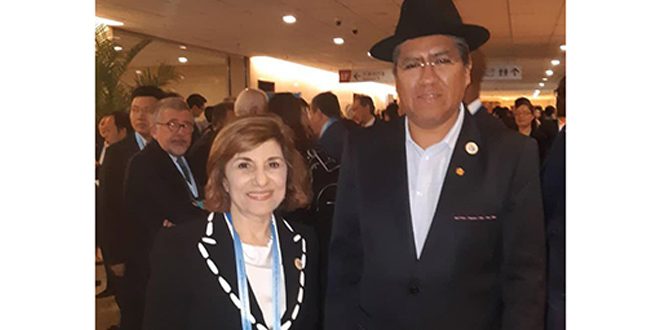 The meeting was held on the sideline of the Second Belt and Road International Summit.

Rodriguez highlighted the importance of the friendly relations between the two countries and their joint struggle against hegemony and colonialism, hailing the importance of China’s Belt and Road initiative, which would change the reality of many people around the world and their future.

Shaaban also met the Iranian Minister of Energy, Reza Ardakanian, on the sideline of the summit.

Ardakanian hailed Syria’s stances at the summit, exposing US policies that are based on law of the jungle and imposing sanctions on the Syrian and Iranian people.

The three-day summit saw the participation of the heads of 37 states, in addition to 150 ministers from around the world.