The Syrian Democratic Forces have held a number of meetings with the Assad regime, but residents remain concerned about their fate writes Asharq al-Awsat. 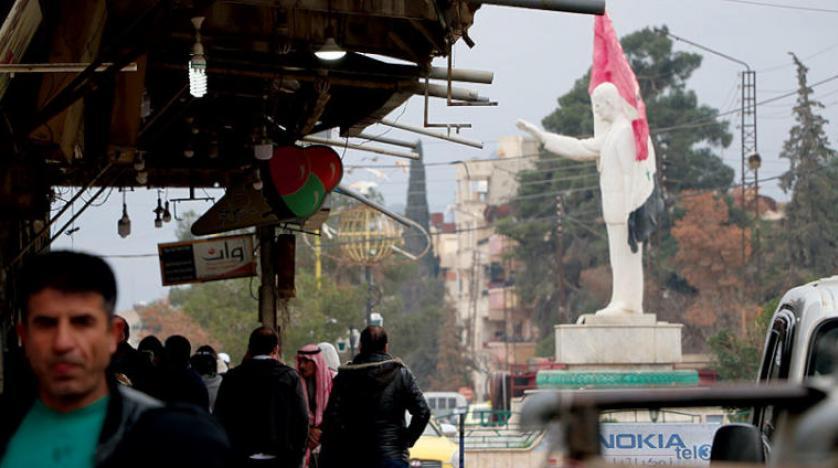 At first glance, it seems as though life has returned to normal in the Kurdish-run northeastern Syrian city of Qamishli. Even though the wind-down of anti-ISIS operations last month and Turkey’s daily threats of invasion have helped dull obvious tensions, fears of future violence have continued to reemerge with every regime statement communicating Damascus’ determination to regain control over all Syrian territory.

Shavan, 56, is a café owner working a few blocks down from pro-regime barracks. He reports on his clients being ridden with anxiety over the East Euphrates region soon descending into chaos.

In a faint whisper as regime tanks and convoys drive by, Shavan said: “We need to find a way to avoid more violence in our already war-ravaged country, a military solution will raze everything to the ground.”

Qamishli is currently being run by the US-backed Syrian Democratic Forces (SDF), which have established the Autonomous Administration of North and East Syria.

“Yes, I worry about the fate of the region. No one knows what’s coming next, and I am frankly afraid for my family and work. The Kurds must unite and determine their own future,” Seiban, one of Shavan’s workers, said.

Sarkhaboun, a 42-year-old local who owns a money exchange and transfer shop, noted that regime official’s renewed aggressive rhetoric has driven residents to switch their savings to foreign currencies.

“Fearing that it will come down to displacement, locals have taken the preemptive measure to switch currencies,” Sarkhaboun explained.

State civil bureaus are still open in Qamishli, as well as its only airport.

Schools, however, are split among those which adopted the Damascus-based regime’s curriculum and others who opted for the SDF’s academic curricula.

Regime forces’ pull-out from a number of areas by the end of 2012 gave Kurds, who make up 15 percent of the population, the opportunity to establish and strengthen their own administrations in the northeastern regions.

As a key power in Syria, the SDF was partnered with the US-led international coalition in the fight against the ISIS terror group.

The SDF and the regime, headed by Bashar Assad, have been held last year a series of meetings to shape the future of territories under Kurdish autonomous rule. Should a SDF-regime arrangement fall into place it would mean the reunification of the two largest areas in a war-torn country. However, two other swathes of land in the north and west will remain under the control of the opposition and Turkey-backed extremist opposition factions.