The Syrian Network for Human Rights has released a report, which has highlighted the use of cluster bombs by the regime and the heavy price paid by civilians. 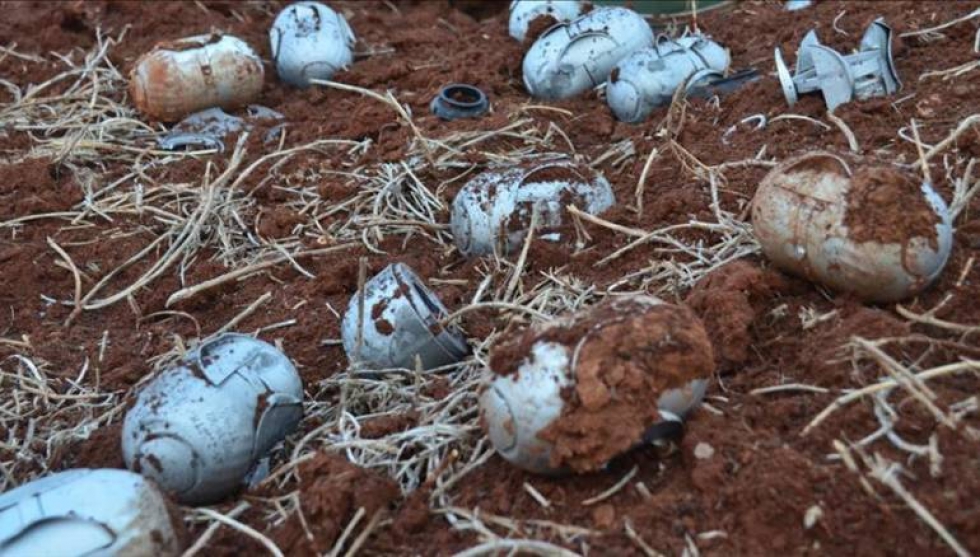 The Syrian Network for Human Rights (SNHR) has documented about 457 attacks by the Assad regime and Russia using cluster bombs, and said that the Assad regime was the worst in the world in terms of the use of these munitions.

Among these attacks, 24 cluster bombs attacks occurred after the Idleb deal, which was signed in September 2018. It said that regime forces had used different types of weapons against individuals and residential areas and liberated areas.

The regime has used many cluster bombs in its bombardments, causing a “huge number” of casualties. It said that this usage had “not received the necessary extent of condemnation and attention.”

The SNHR report has shined a light on the reality of the use of cluster bombs by regime forces and Russia in northern Syria, which is covered by the Idleb agreement, as well as the effect on residents’ lives in these areas. The report also included the death toll of cluster munitions usage since the first documented use in July 2012 up to Apr. 10, 2019.

The report presented three testimonies received through speaking directly with witnesses and not taken from open sources, and differentiated, as much as possible, between Russian and regime attacks.

The report said that the remains of these attacks, which are still spread widely across Syria, are a major obstacle to the return of displaced people and to the movement of aid groups, Civil Defense, and their equipment. They also pose a danger to reconstruction and development.

The report recorded at least 457 attacks with cluster munitions since the first documented use in July 2012 up to Apr. 10, 2019. It said that the Assad regime had carried out 216 of them, while Russian forces had carried out 233, and eight had occurred at the hands of regime forces and Russia.

According to the report, these attacks have killed 955 civilians, including 345 children and 205 women, and have wounded about 4,200 civilians, a large number of them having to undergo amputations and needing prosthetic limbs, as well as a rehabilitation and support operations.

The report recorded at least 16 incidents of attacks on civilian centers as a result of the cluster bomb attacks since Sept. 17, 2018, up to Apr. 10, 2019. It said that this had increased the suffering of civilians and that the repeated attacks had pushed them to flee their villages and towns.