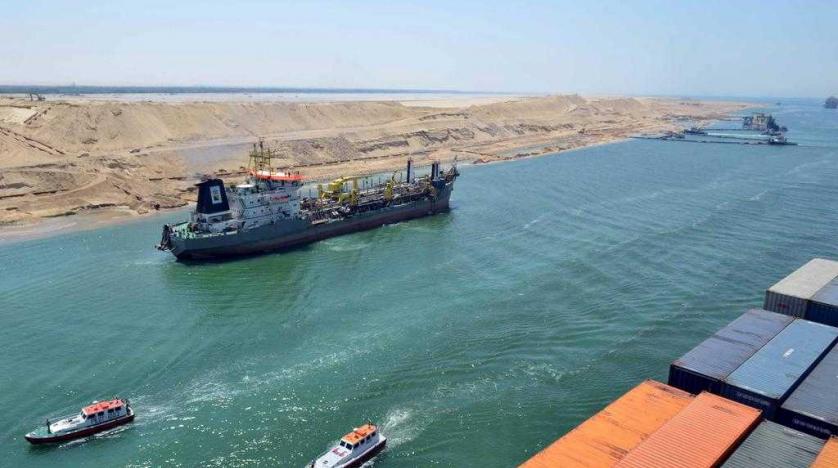 Egypt’s government denied Wednesday banning the passage of oil tankers to Syria through the Suez Canal. Navigation in the canal is going according to international conventions and treaties that guarantee the right of safe navigation to all tankers without discrimination.

The Egyptian response followed rumors circulating in the media about authorities in Egypt banning an Iranian tanker from passing to Syria.

The government’s media center revealed that the Suez Canal Authority has absolutely denied the report. In its statement on Wednesday, the center affirmed that the rumors aim to influence navigation in the canal.

According to the Authority, the government is keen to manage the facility efficiently and impartially in a way that meets the interests of Egyptians and other people in transporting essential goods without any slowdown.

The Authority urged the media to check the accuracy of the news before publishing it, and not to heed anonymous sources that seek to influence navigation, which has been lately witnessing a remarkable progress.

Chairman of the Suez Canal Authority Mohab Mamish affirmed in previous statements that no ship carrying legal goods can be banned from passing. He added that the ban can take place in two cases only: if there is a warning from the UN, or if the ship has committed violations.

Syrian Prime Minister Imad Khamis has held the US and Egypt responsible for the crisis in providing energy derivatives. He said the crisis started six months ago after the flow of two million barrels per months to Syria were stopped, and all quests to persuade the Egyptian government to let the Iranian tankers pass have failed.

Khamis added that things worsened when US forces announced that every oil carrier heading to Syria would be targeted. They have also imposed a tight surveillance on ships, individuals and crew as well as a restriction on transactions.

Syrian Minister of Petroleum and Mineral Resources Ali Ghanem said that the oil sector has suffered USD74.2 billion in losses. The country’s oil needs are estimated at 100,000-136,000 bpd and this is why it relies on imports, he added.