State oppression and difficult living conditions has forced hundreds of Syrian refugees in Lebanon to return to their homes, although the fate that awaits them is unknown reports Hurriya Press. 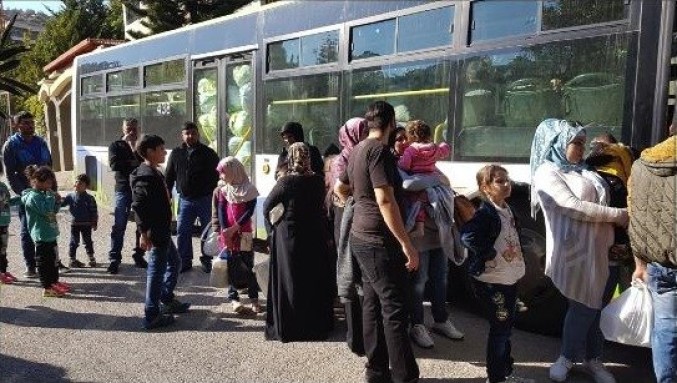 On Monday, dozens of Syrian refugees in Lebanon returned to Assad regime-controlled areas through the new Yabous and al-Dabouseh crossings in the Damascus countryside.

Hurriya Press’s correspondent in Lebanon said that a number of Syrian families, most of them women and children, had crossed the new border crossings on board two buses, accompanied by Lebanese security forces, the Lebanese army and the Red Cross.

Our correspondent added that among the returning refugees were 16 children, gathered in the Kamel Youssef Jaber Cultural Center in al-Nabatiyeh, and the Burj Hammoud Stadium Center, where the returning refugees’ papers were inspected by the Lebanese General Security and overseen by members of the Information Directorate.

The Assad regime’s official SANA news agency said that dozens of displaced Syrians had crossed through the new Yabous center and Dabouseh center coming from Lebanon, most of them women and children. The relevant agencies received them, taking the necessary measures to register their name and the addresses of their permanent residence to bring them to their areas.

Over the last few months, hundreds of Syrian refugees in Lebanon have been returned to regime-controlled areas in batches, without any guarantees of their safety. They have been forced to return by the difficult living conditions in the refugee camps in Lebanon, in addition to the security restraints imposed by the Lebanese authorities and the racist practices that Syrian refugees face in Lebanon.