With help from investors and the government, hundreds of new facilities have been opened, which has created thousands of new job opportunities reports SANA. 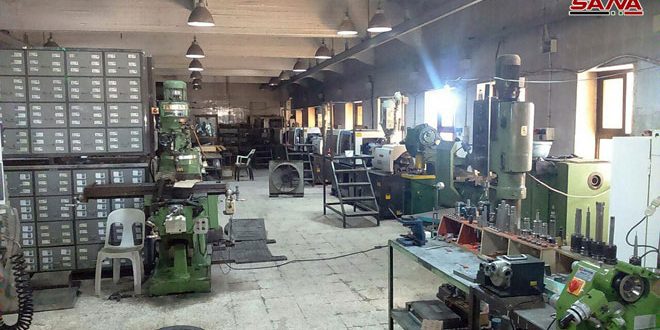 The Syrian Government has taken special measures to encourage and support the industrial sector, helping 847 projects and new industrial and artisan facilities throughout the past year with a capital estimated at 30.383 billion Syrian pounds and creating 3,766 job opportunities.

The report added that with regards to the number of facilities in the provinces, the coastal province of Tartous came first with 171 facilities, followed by Hama with 170 facilities, the Damascus Countryside with 127, Aleppo with 110, Homs with 82, Suweida with 72, Lattakia with 55, Daraa with 53 and just seven facilities in Damascus.

The report added that the number of implemented projects according to the laws that encourage investments reached eight projects with a capital estimated at 2.273 billion pounds, distributed between the food and the engineering sectors.

Meanwhile, the number of the artisan facilities that were established in 2018 according to the legislative decree no. 47  reached 309, with a capital estimated at 2.2 billion pounds and provided 778 job opportunities.

Regarding the licensed facilities, the report revealed that 1,950 facilities and projects were licensed with a capital of 120.136 billion pounds, adding that they will provide 20,894 job opportunities when production begins.

According to the report, 1,919 facilities were licensed according to the law no. 21, with a capital estimated at 124.158 billion Syrian pounds and they provided 18,118 job opportunities.

The report noted that the aforementioned numbers wouldn’t have been achieved without the huge turnout by investors who made investments in the industrial sector and without many of the legislations and laws that encourage industrialists to increase their production.