The tortured civilian was accused of collaborating with the Islamic State, whose defeat was announced at the end of last week writes Zaman Al Wasl. 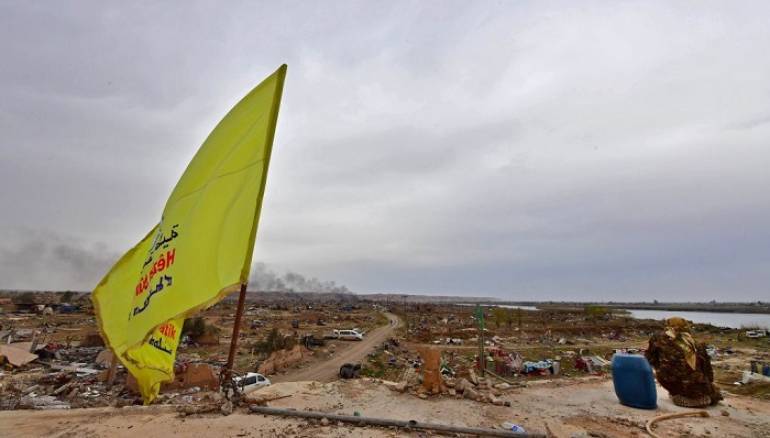 A civilian was tortured to death by the US-backed Syrian Democratic Forces (SDF), after being accused of collaborating with the Islamic State (ISIS) in Deir ez-Zor province, local activists said Tuesday.

The man was subjected to electric shock and brutal torture along with another ISIS fighter in the town of al-Basria.

Also, five family members (a father, mother and three sons) were killed in a land mine explosion in al-Basria town.

On Saturday, the SDF declared the capture of Baghouz, the Islamic State’s last piece of territory in Deir ez-Zor province, eliminating its rule over a self-proclaimed “caliphate”, but the jihadists remain a threat, with followers around the world.

Meanwhile, ISIS said that overnight on Tuesday it had launched a deadly attack on Kurdish forces in northern Syria, the first such claim by the group since US-backed forces proclaimed the capture of its last territory in Syria last week.

A spokesman for the US-backed militia that controls Manbij said a terrorist attack on a checkpoint at the city’s entrance killed seven fighters on duty. A US official said all the casualties were members of the SDF.

Some 30 km (20 miles) from the Turkish border, Manbij has been a flashpoint in the Syrian conflict and occupies a critical spot, near the junction of three separate blocks of territory that form the spheres of Russian, Turkish and US influence.

It was seized in 2016 from ISIS by Syrian militias allied to the SDF, a militia force spearheaded by the Kurdish YPG and which controls roughly a quarter of Syria.

“We cannot blame a specific side for this attack, but it is definitely linked to the declared victory over ISIS,” Manbij Military Council spokesman Sharfan Darwish said.

“The purpose of these attacks is to incite sedition. Also the parties troubled by the defeat of ISIS are trying to threaten stability in the area,” he told Reuters.