The location of the mass grave containing the remains of regime soldiers was revealed, when the regime agreed to free a number of prisoners reports Zaman Al Wasl. 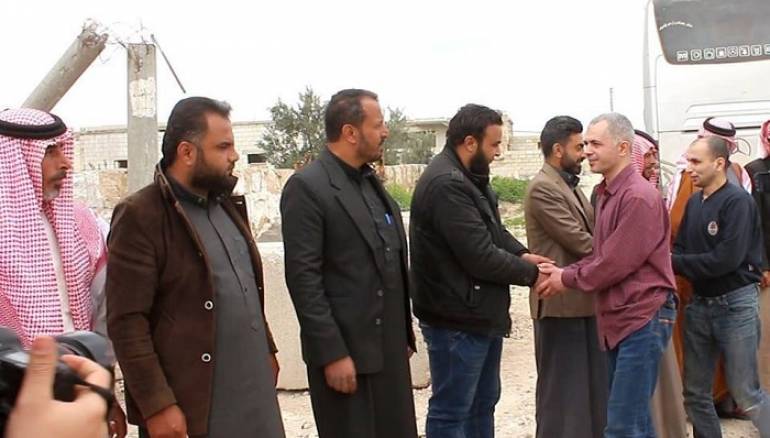 On Tuesday, the Syrian regime freed three detainees, two men and a woman, after the former-al-Qaeda group agreed to reveal the location of a mass grave in Idleb province, containing the remains of regime troops, local activists said.

Hay’at Tahrir al-Sham gave the regime the coordinates of mass graves of regime soldiers who had been killed during the Abou al-Duhur Airbase battles in September 2015, east of Idleb city.

Tahrir al-Sham and other hardline groups have refused to pull out their fighters from Idleb, despite the de-militarized zone which was announced by rebel backer Ankara and regime supporter Moscow last September, and which was designed to separate regime troops from rebel fighters in Idleb and adjacent areas.