A host of countries have criticised US President Donald Trump, for his decision to call for the recognition of the Syrian Golan as Israeli land writes SANA. 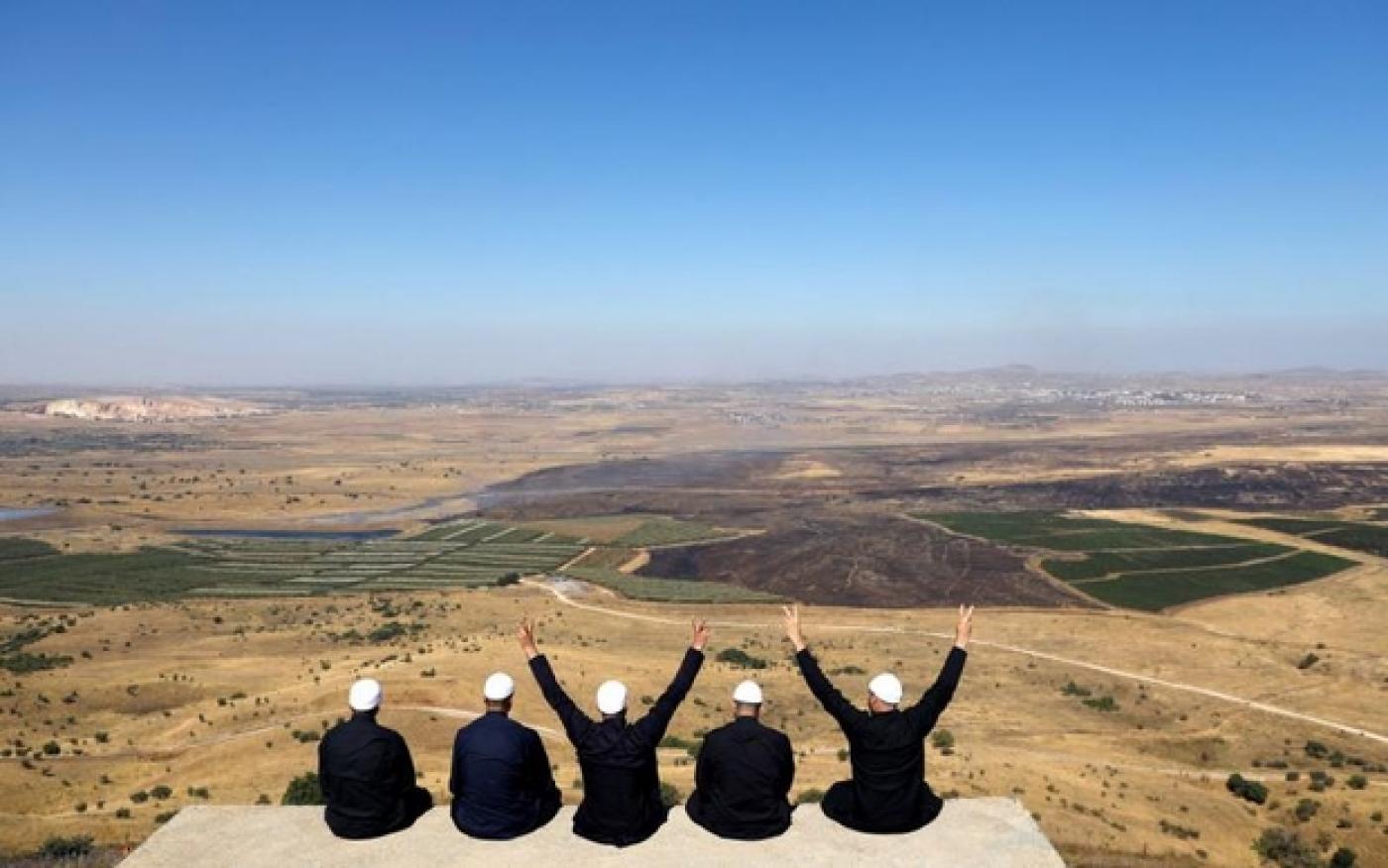 US President Donald Trump’s provocative statements on the occupied Syrian Golan drew a storm of international condemnations and criticism, as many states and parties asserted their rejection of these reckless statements, and at the same time they expressed adherence to the relevant international resolutions, which assert that the Golan have always been and will always remain a part of Syria.

Russia strongly condemned the statements through the Kremlin, the National Security Council and the Foreign Ministry, affirming that they threaten stability in the region.

The Russian Foreign Ministry noted that the Golan is Syrian territory, which has been occupied by Israel since 1967 and that the statements by the US President, disregard international law.

The Iranian Foreign Ministry condemned Trump’s statements describing them as illegitimate and unacceptable. It asserted that the statements don’t change the natural belonging of the Golan, and they clearly prove the failure of the bargaining policies and the righteousness of the resistance and its steadfastness in the face of the hostile and expansionist nature of the US and the Zionist entity.

Britain affirmed that the Syrian Golan is land occupied by Israel since 1967, indicating that it has no plans to change its stance on that.

A spokesman from the British Foreign Office said in a statement quoted by Reuters that, “The UK views the Golan Heights as territory occupied by Israel,” asserting that the, “Annexation of territory by force is prohibited under international law, including the UN Charter. We did not recognize Israel’s annexation in 1981 and have no plans to change our position,” the statement added.

In turn, the European Union slammed Trump’s statements, affirming that its stance has never changed and that according to international law, Israel’s sovereignty over the lands which it occupied in 1967 is not recognized.

Germany, also condemned Trump’s statements, asserting that the Golan is land occupied by Israel and that the German Government rejects the unilateral steps.

Japan’s Chief Cabinet Secretary, Yoshihide Suga, said that his country’s stance regarding the occupied Syrian Golan has not changed.

Suga said in statements broadcasted by Japanese TBC TV that the policy of the government has not changed and the Japanese stance does not recognize the Israeli annexation of the occupied Syrian Golan.

The Ministry’s Spokesman, Ahmed al-Sahhaf, said in a statement quoted by Al-Sumaria News that Trump’s statements, “give legitimacy to the occupation and they contradict international law.”

In the same context, the Palestinian Foreign Ministry affirmed that the Golan is Syrian territory occupied by Israel since 1967, indicating that Trump’s resolutions on the Golan are a blatant violation of international law and legitimacy.

In a statement quoted by the Wafa News Agency, the Palestinian Foreign Ministry added that these statements are representative of  their approach to the occupation and the arrogance adopted by the US and Israel and an attempt by the Trump administration to change the world order and to control it.

Syria’s Permanent Representative to the UN, Dr. Bashar al-Jaafari, met UN Secretary General Antonio Guterres in New York and informed him of the Syrian Arab Republic’s stance that rejects and condemns the statements made by US President Donald Trump, through which he expressed his intention to recognize Israel’s sovereignty over the occupied Syrian Arab Golan.

Jaafari affirmed that the US administration doesn’t have any right or authority to decide the fate of the occupied Syrian Golan and that any US measure that attacks the right of the Syrian Arab Republic to restore occupied land and practice its sovereignty is an illegitimate act that has no effect and is a breach of the US obligations towards the provisions of the UN Charter and international law.

Jaafari called upon the Secretary General to issue an official unambiguous stance in which he affirms the firm stance of the UN towards the issue of the Israeli occupation of the Syrian Golan.