The UN Special Envoy to Syria, Geir Pedersen, visited the city of Homs, where he met with the mayor of the city and other workers from the UN writes The Syrian National Coalition. 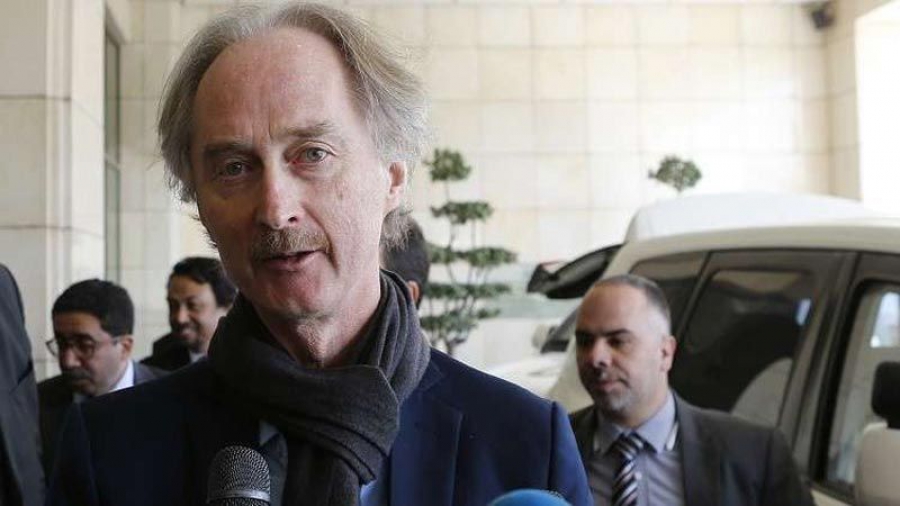 The Syrian Negotiations Commission criticized the visit of the UN Special Envoy, Geir Pedersen, to the city of Homs, stressing that his primary task is to, “bring the negotiating parties together and force Assad to sit at the negotiating table in Geneva.”

Pedersen visited the city of Homs during his second official visit to Syria since he took over his role as the UN Special Envoy in January. Pedersen met with the mayor of Homs and the UN team in the region, as well as a shelter for displaced Syrian men, women and children.

“Mr. Pedersen should focus on his main task, namely to reconcile the parties into negotiations and force Assad to sit at the negotiating table in Geneva to find a solution instead of boasting about visiting the ruins of a city that was destroyed by Assad and his supporters by brutal bombardments in which they used various types of weapons, including chemical weapons,” the Syrian Negotiations Commission said in comments on Twitter on Wednesday.

Member of the Commission, Ibrahim al-Jibbawi, said that Pedersen’s visit to Homs and his meeting with its mayor was a provocation to the feelings of the Syrians who had their city reduced to rubble and were forced out of their homes by the sectarian regime, to camps that lack the basic necessities of life.”

“Does Mr. Pederson know that the Assad regime is blocking the UN humanitarian aid to these people and sending it to mercenaries and the militias that are killing the Syrian people,” al-Jibbawi said.

“Did Mr. Pedersen visit an IDP camp in northern Syria or a refugee camp in a neighboring countries?” al-Jibbawi asked