Hayat Tahrir al-Sham have closed down a number of universities in the northern Syrian province of Idleb, in an attempt to increase their control writes Asharq al-Awsat. 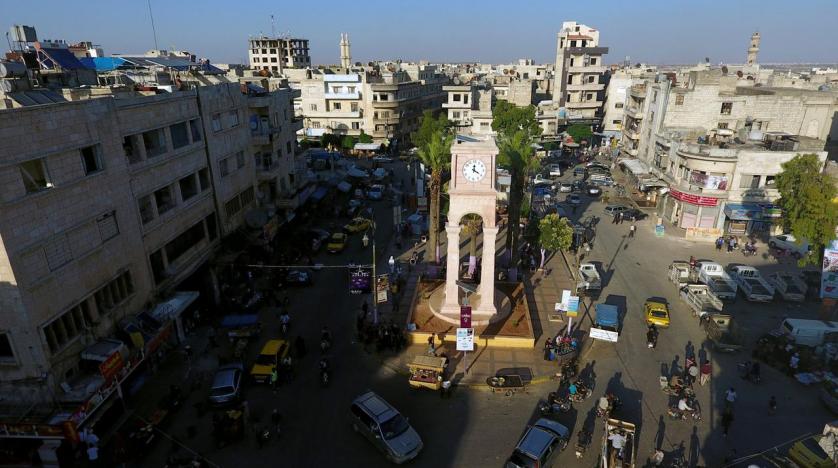 In Syria’s Idleb province, Mudar Darwish and fellow medical students clutched banners and chanted against the closure of their university.

“Our future is being wasted because of unfair decisions against our university,” Darwish told the crowd gathered in the northwestern region.

“We won’t allow it,” said the 28-year-old, who has been protesting against the closure of his university in the town of Maaret al-Noman.

Hayat Tahrir al-Sham (HTS) has closed down a dozen universities since January, in a bid to bring them under its control.

It has come under increased criticism in recent weeks after shutting down a series of universities in its stronghold.

The so-called Salvation Government, an HTS-dominated body administering Idleb and its capital, said the move serves to regulate higher education.

The degrees offered by Idleb’s universities, including the Maaret al-Noman university, are not recognized abroad, but they can facilitate employment within the province.

Darwish said the closure of the Maaret al-Noman university will deal a blow to “the future of 1,700 students”.

The 28-year-old student suggested the administration in Idleb was trying to turn the universities into a cash cow.

“We used to pay a tuition of no more than $300 and we can’t afford to pay $1,800 for universities” accredited by HTS, he told Agence France Presse.

“The Government of Salvation’s universities are commercial enterprises,” said the young man.

After two weeks of rallies in Maaret al-Noman, students moved their protest to Idleb city, where they gathered around the so-called Council of Higher Education, a body linked to the Salvation Government.

They raised banners, chanted slogans against the council’s president and blocked access to its main headquarters.

After the first rally, HTS erected checkpoints to prevent more students from Maaret al-Noman and the nearby town of Ariha from joining demonstrations.

They threatened to arrest students if demonstrators did not disperse.

Majdi al-Husni, the head of the Council of Higher Education, said he understands why students are angry but stressed the need for uniformity across Idleb’s educational sector.

He said the council aims to “supervise” the educational sector and harmonize the curriculum to ensure “quality education” in regions controlled by HTS.

“University programs don’t have to be 100 percent identical, but there has to be some consensus,” he told AFP.

He said the Salvation Government has granted accreditation to only eight universities.

“There are more than 13 educational institutions operating without the oversight of the Council of Higher Education… on a territory of barely 10,000 square kilometers”, Husni added.

“This reflects badly on the reputation of higher education in the region,” he said.

Protests in Maaret al-Noman have largely fizzled out in recent days but students and teachers continued to express anger at HTS.

In a sign of defiance, staff members at the faculty of medicine at the Maaret al-Noman university started teaching on the street outside campus.

The instructor used the sidewalk as a podium. Behind him, the university’s facade is visible.

Heavy regime shelling on the town, however, has disrupted these open-air classes.

Since September, Idleb has been protected from a massive regime offensives by a ceasefire deal brokered by regime ally Russia and rebel backer Turkey.

But sporadic regime bombardment has continued to hit the region, and hundreds of missiles have rained down on Maaret al-Noman in recent weeks.

With the closure of the university, “many young people will give up their studies to stay at home or look for work,” fellow student Mohammed al-Shahud said.

“Our future is being thrown away,” he said.