Following negotiations with tribal leaders, the SDF has released hundreds of prisoners formerly members of ISIS but whose “hands are not stained with blood,” an opposition media reports. 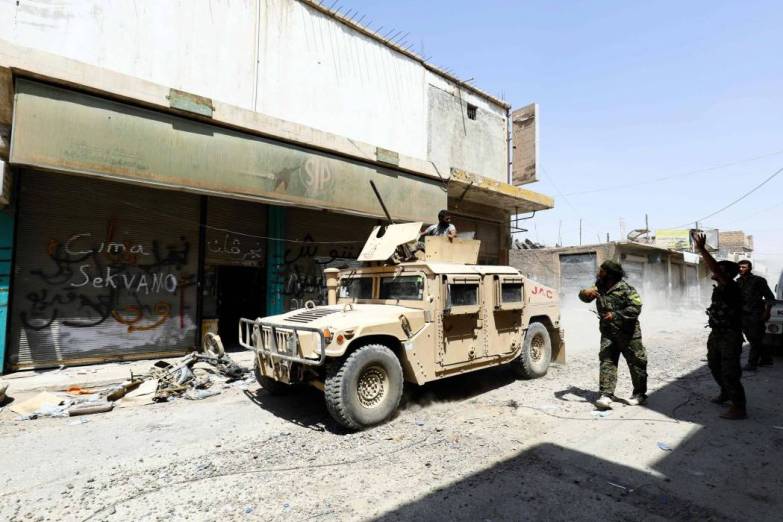 The Syrian Democratic Forces (SDF) militia on Saturday released hundreds of prisoners in the city of Raqqa who had been arrested on charges of belonging to the Islamic State organization, or ISIS.

The SDF announced during a press conference in Ain Eissa in the Raqqa countryside that it had released more than 283 prisoners due to the “urgent, repeated requests of tribal notables and sheikhs of the region.”

Rouhlat Are, deputy joint head of the Executive Council for the SDF’s so-called Self-Administration, said: “We focused on the people whose hands are not stained with blood, and we discussed the prisoners’ status with the judiciary and justice council.”

She noted that, “the council will continue to release prisoners across Syria’s northern areas after finishing investigations with them to confirm they were not implicated in killing civilians or fighters.”

According to the Executive Council, those ISIS members released are from Hassakeh, Manbij, Tabqa, Raqqa and Deir-ez-Zor. “They were members who were deceived, and who violated customs, tradition and law.” They would be given work opportunities to reintegrate them into their normal status in society, according to Abdel Hameed al-Mahbash, joint head of the Executive Council.

A major meeting was held yesterday between the SDF’s Self-Administration government and tribal sheikhs and notables in the town of Ain Eissa in the northern Raqqa countryside to discuss the matter of releasing prisoners with the guarantee of the sheikhs and notables.