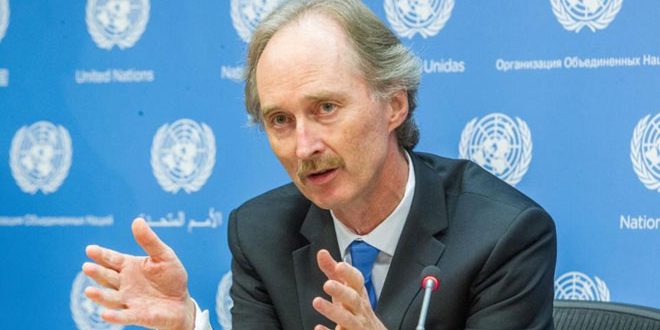 In a tweet on Thursday, quoted by Sputnik Agency, Pedersen described his meeting with Deputy Prime Minister and Foreign and Expatriates Minister Walid al-Muallem as “constructive” and it affirms the importance of the political solution to the crisis.

In his tweet, Pedersen said that he agreed to visit Damascus regularly to discuss the “points of convergence and disagreement between the two sides.”

He noted that there is still more to discuss about all aspects of the “political process in Geneva.”

Earlier on Tuesday, Muallem received Pedersen and the accompanying delegation. During the meeting, the two sides discussed the efforts exerted for making progress on the political track of the crisis in Syria and followed up on ideas related to the political process.