The announced withdrawal of US forces from Syria created a state of confusion on the ground, with few details revealed about how the withdrawal would work writes Al-Araby al-Jadeed. 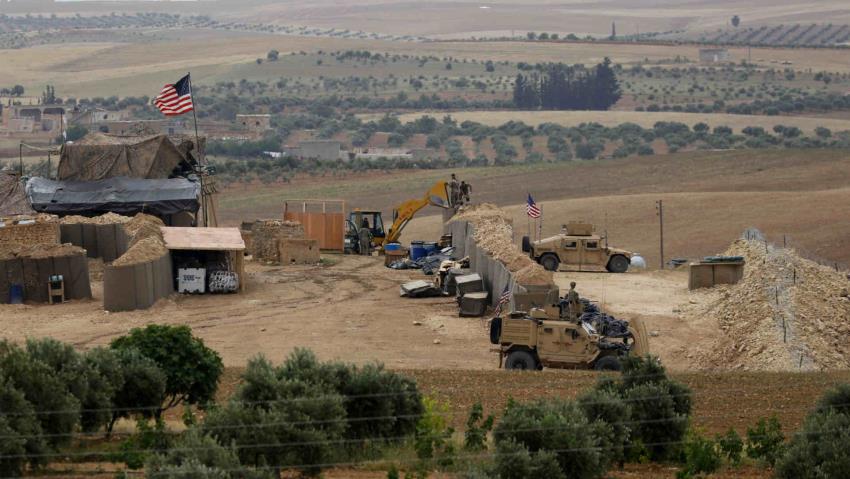 The US military has started moving non-essential equipment out of Syria but it is not withdrawing troops for now, a defense official said on Friday as the Pentagon sought to clarify an earlier statement.

“We are not withdrawing troops at this stage,” the official said on condition of anonymity.

A second US defense official said the military had conducted a number of preparations for a deliberate withdrawal.

“That includes planning for the moving of people and equipment, preparation of facilities to accept retrograde equipment,” the official said, noting that no troops had been withdrawn yet.

US military spokesman Colonel Sean Ryan had earlier said the US had begun “the process of our deliberate withdrawal” from Syria.

The Syrian Observatory for Human Rights had also reported that the coalition had started scaling down its presence at Rmeilan airfield in the Hasakeh province of northeastern Syria.

“On Thursday, some American forces withdrew from the Rmeilan military base,” said Rami Abdel Rahman, the head of the Britain-based monitoring organisation.

He said some 150 US troops, around 10 armoured vehicles and some heavy equipment had left the base.

Amnesty International said earlier that any US troop withdrawal should not erase the coalition’s responsibility towards Raqqa’s civilians following a devastating anti-IS offensive to recapture the city.

“It is deplorable that the US-led Coalition continues to ignore its responsibility of carrying out any meaningful investigations into the hundreds of civilian deaths it caused in Raqqa and elsewhere – even as it starts to withdraw its ground troops from Syria,” the group said.