Storms have been battering Syria, with high amounts of rainfall, powerful winds and heavy snow, which has led to the deaths of seven people writes Damas Post. 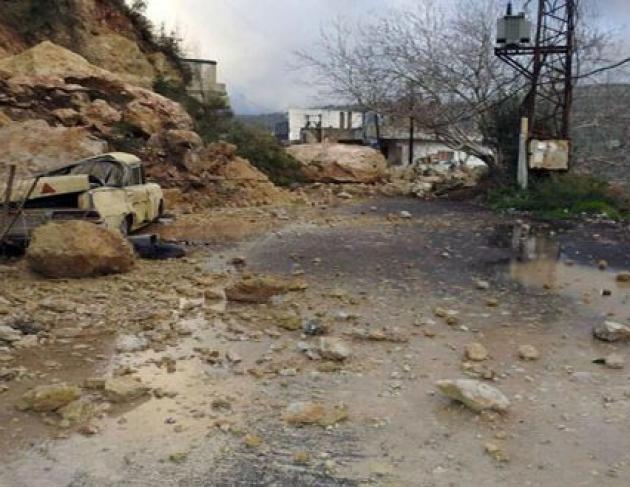 Seven people died and others were wounded, in addition to material damage inflicted, by traffic accidents that occurred during the storm that struck Syria over the last two days.

General Abdel Rizaq Hajj Abdel Wahab from the Traffic Directorate told SANA that the deaths were recorded in the Damascus countryside province. Two cars collided in the town of Babila, which led to the death of a woman and her son, while a motorcycle crash in the town led to the death of the driver and another person. A tourist car crashed on the Damascus-Homs highway near the town of Deir Atiyah, killing the driver and his brother.

General Abdel Wahab said that a car accident in Homs led to the death of one person, while other traffic accidents wounded a number of residents and a car crash in the city of al-Nabak wounded the driver. Another car crash wounded a person in the town of Daraya, as well as a third traffic accident in the town of Qudisiyeh lead to one person being wounded.

Over the last few days, a storm brought heavy rain across the provinces and heavy snow in the mountains, accompanied by high-speed winds, which reached in some cases up to 85km/h.