Assad continues to use internationally banned weapons and indiscriminate bombings to secure his grip on the country even further The Syrian Network for Human Rights. 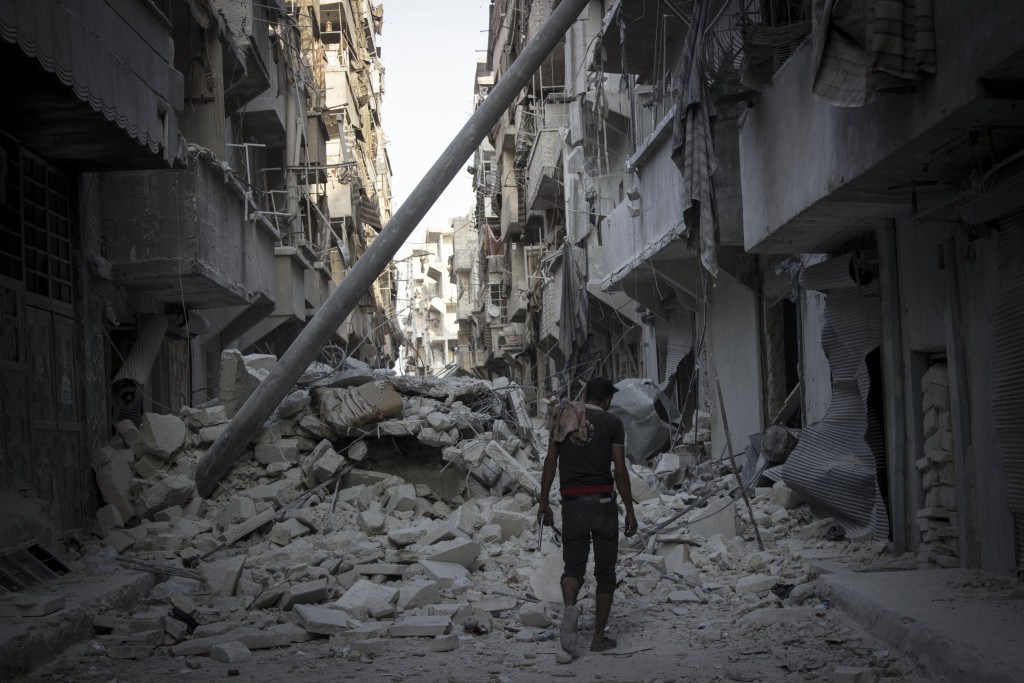 The Assad regime’s airforce dropped no fewer than 3,601 barrel bombs on opposition-held areas in 2018, the majority of which hit eastern Ghouta in rural Damascus in February. The Syrian Coalition said that these figures once again demonstrated the massive scale of the horrible crimes being committed by the Assad regime during its military campaigns against rebel-held areas.

In its new annual report issued on Monday, the Syrian Network for Human Rights (SNHR) said that the Assad regime’s airforce has dropped well over 70,000 barrel bombs on residential areas since the start of the revolution. It noted that the first time the Assad regime deployed this weapon was on Jul. 18, 2012, in the town of Dael in northern rural Dara’a. The attack killed five civilians and injured eight others.

The monitoring group pointed out that the Assad regime has dropped at least 2,577 barrel bombs on the opposition-held areas since the start of the Russian military intervention on Sep. 30, 2015, at a rate of 23 barrel bombs per day over the past three years.

Barrel bombs are internationally prohibited weapons. The Network said the use of this indiscriminate weapon violated UN Security Council Resolution 2139 issued on Feb. 22, 2014, which condemned the Assad regime’s extensive use of barrel bombs.

The Syrian Coalition said that these figures make it imperative that the international community shoulder its responsibilities to hold the Assad regime accountable for the widespread crimes it is committing against civilians in opposition-held areas.

The Coalition pointed out that the indiscriminate bombardment is added to the Assad regime’s endless litany of crimes against the Syrian people, such as starvation, besiegement, and mass forced displacement aimed at bringing about demographic change in Syria, especially in Damascus, Homs, and Dara’a provinces.