The withdrawal of Kurdish combat units was set out in an agreement at the start of the year writes SANA. 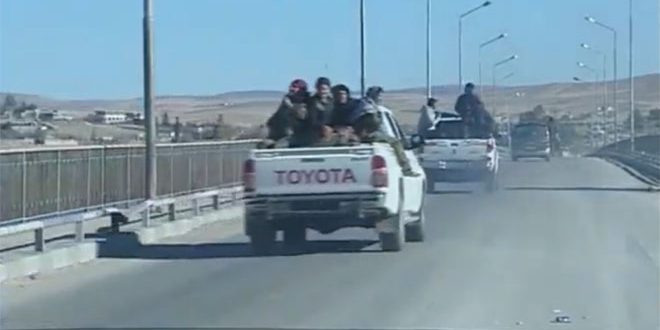 On Wednesday, a convoy of Kurdish combat units withdrew from the Manbij area in Aleppo’s northeastern countryside to the eastern banks of the Euphrates River, as part of an agreement to restore normal life to the north of the country.

The Defense Ministry said in a statement that as per the agreement reached on Jan. 1, 2019, a convoy of Kurdish combat units consisting of over 30 vehicles withdrew from the Manbij area and headed to the village of Qara Qozaq on the eastern bank of the Euphrates River, around 25 km northeast of Manbij city.

The Ministry said that information indicates that around 400 Kurdish fighters have left Manbij so far.