During the meeting, the SDF and the regime discussed the former handing over control of the oilfields to the regime in exchange for protection reports Smart News. 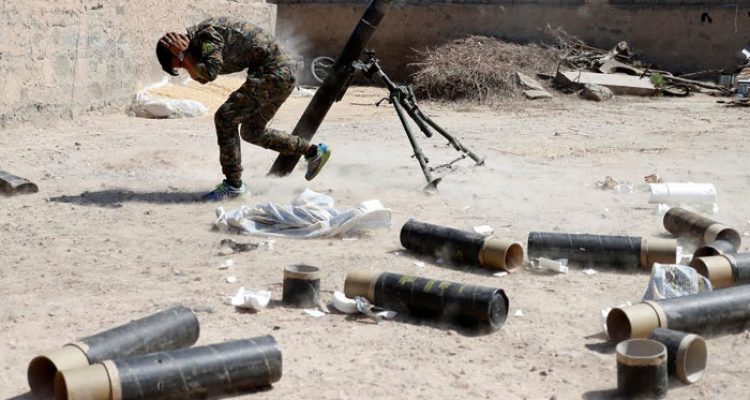 On Thursday, sources told Smart News that the Syrian regime was carrying out discussions with the Syrian Democratic Forces (SDF) regarding Turkish threats to carry out a military operation east of the Euphrates, which include handing over oil fields in exchange for protecting the SDF-controlled area.

The sources added that a meeting included officers from the regime forces and SDF commanders at the Qamishli airport, where discussions were held over the government taking over the last oil fields, while these sources did not reveal other aspects of the discussions or the results reached by the two sides.

The Democratic Union Party (PYD) previously called on for the regime government to stand against Turkey if it embarked on a military operation east of the Euphrates river.

The PYD is considered the political face of the Kurdish People’s Protection Units (YPG), which Ankara considers to be a terrorist group, due to its ties with the Kurdistan Workers’ Party (PKK) which is on global terrorist lists.

This comes after the White House said on Wednesday that the US army would withdraw its forces from Syria, coinciding with the announcement by Turkish President Recep Tayyip Erdogan on Dec. 12, 2018, that his country would begin military operations against the Kurdish YPG east of the Euphrates within days.