The Syrian National Coalition highlighted the important work of the FSA and the need for strong relations with Turkey. 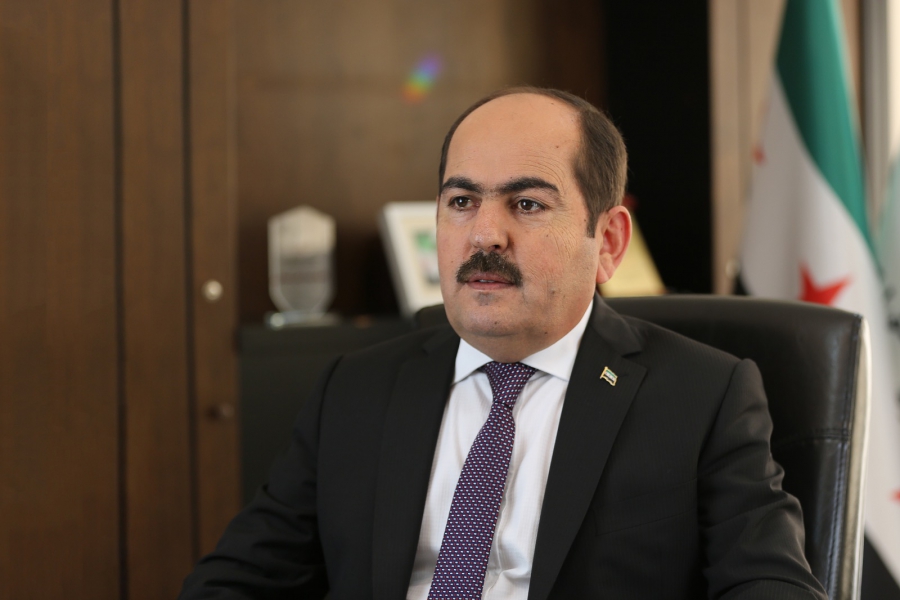 President of the Syrian Coalition Abdurrahman Mustafa, received a telephone call from Joel Rayburn, Near Eastern Affairs Deputy Assistant Secretary and Special Envoy to Syria in the US State Department.

Both sides discussed the latest field and political developments in Syria.

President Mustafa stressed the integrity of Syrian territory, saying that, “for us, Syria means all Syrian provinces without exception.” He expressed his hope for increased coordination between the US administration and the Syrian Coalition.

President Mustafa also underscored the need to continue the fight against all kinds of terrorism throughout Syria. He pointed out that the Free Syrian Army (FSA) was the first force to confront the Assad regime, the Islamic State and all other terrorist organizations. Since the day it was formed, the FSA has also sought to avidly protect civilians, President Mustafa added.

Moreover, President Mustafa stressed the importance of US-Turkish coordination in Syria, saying that stepping up such coordination is “a priority for us” as it is in the interest of the Syrian revolution and will help meet its demands for freedom and dignity, through an inclusive and enduring political solution, which brings the totalitarian regime to an end and lays the foundation for a democratic and pluralistic Syria.

For his part, Rayburn asserted that the US and Turkey are actively coordinating on all issues affecting Turkish security, including the situation in northeastern Syria. He pointed out that the US “understands the security concerns of Turkey and the Syrian opposition.” He stressed that the US administration does not wish for Syria to be a safe haven for terrorism.

The US diplomat said that they believe Syrian local councils and local security forces must be representative of local populations. He added that his country also understands the Syrian Coalition’s concerns about possible changes to the demographic landscape in Syria, and said that such attempts to forcibly displace Syrian communities are “unacceptable.”

Furthermore, the two sides exchanged views on the latest developments of the Constitutional Committee, and underscored that the Committee must meet the UN’s standards and be “credible, inclusive and balanced.” They also expressed their hope that the Committee will pave the way for a political process that fulfils the aspirations of the Syrian people.

The two sides also stressed the need for constant communication, especially at this “delicate, sensitive stage and that there is no room for misunderstanding or misinterpretation.” Rayburn invited President Mustafa to visit Washington in order to strengthen relations between the two sides.