There are two bakeries that serve the people on the eastern bank of the Euphrates River, who are suffering from a shortage of flour reports Zaman Al Wasl. 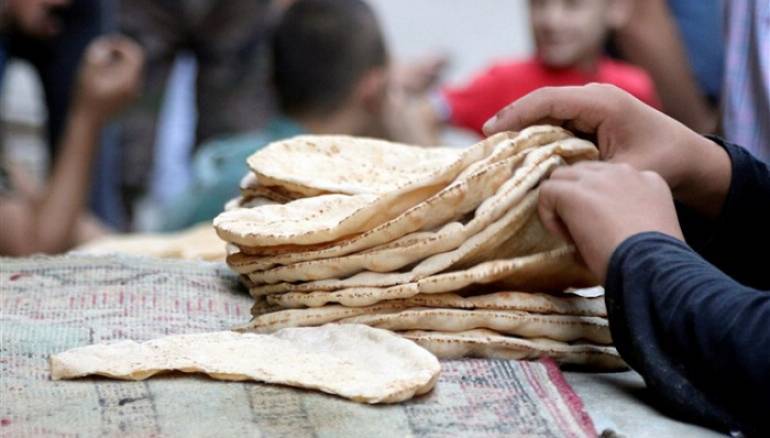 Regime-held areas in the province of Deir ez-Zor have been experiencing a shortage of bread for weeks, as regime officials attribute the increased demand for bread to the influx of people fleeing the battlefield where the Islamic State (ISIS) and US-led forces have been fighting in the eastern countryside.

Despite promises to address the crisis, thousands of people are still waiting to get their bread from the two bakeries on the eastern bank of the Euphrates River.

The regime said the severe bread shortages is due to the lack of adequate amounts of flour. The two bakeries provide bread to 70,000 people, and receive just five tons of flour while 14 tons are needed.

Local newspaper al-Furat reported that the government had agreed to raise the allocation of the Albukamal Bakery from five tons to eight tons a day, in order to cover the needs of the returnees to their homes.

“With these actions, ISIS caused the hospital to lose its protected status afforded by the Law of Armed Conflict, by using a facility otherwise protected under the Geneva Conventions,” said the Coalition.

In a briefing, Pentagon spokesman Col. Rob Manning said using hospitals is “unacceptable”, which he said was a “standard tactic” used by ISIS.

In October, several mosques were targeted by the coalition in Hajin, which left dozens of residents dead.