Those who have tested positive for swine flu have been placed under quarantine, although cases have been limited reports Al-Watan. 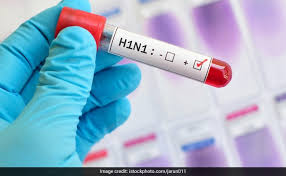 A source in the Health Ministry confirmed there have been a number of cases of H1N1, or the so-called swine flu, in a number of hospitals over the last few weeks. The source said that these cases were very few and limited in number, and that procedures were being taken at the quarantine level for any cases that did occur.

The source told Al-Watan that many samples had been taken recently, and that only four or five were positive. He said that there were not many people testing positive for the disease, which some call “swine flu.”

Regarding protection against the disease, the source said that it was a matter of public awareness, as treatment was available in all Health Ministry hospitals—and this treatment is effective and free.

Social media pages circulated news saying that a patient infected with swine flu had arrived in a hospital in Aleppo and had been quarantined. The source told Al-Watan that there were cases, but were very limited.