Peter Kassig had been working in humanitarian aid when he was captured and beheaded by the Islamic State reports Al-Araby al-Jadeed. 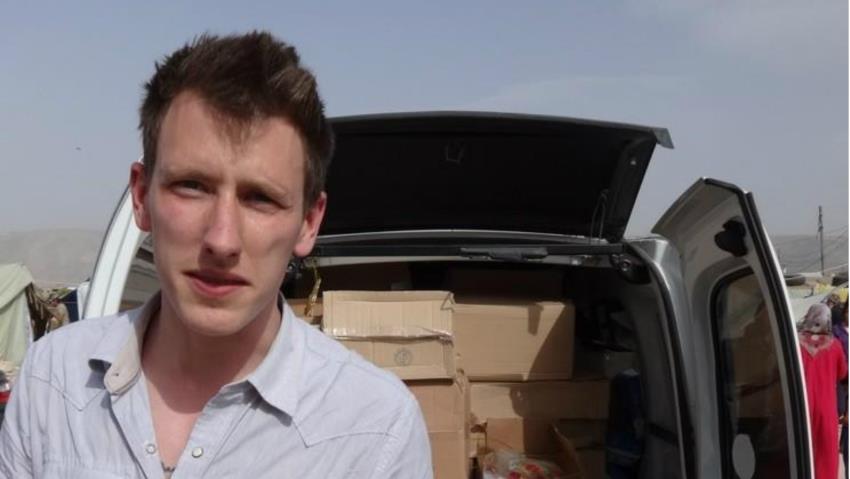 The US-led coalition against the Islamic State (ISIS) said Monday, that it killed a senior jihadist involved in the executions of an American aid worker and other Western hostages.

Abou al-Umarayn was accused of involvement in the November 2014 beheading of Peter Kassig, a former US Ranger who was doing volunteer humanitarian work when captured in 2013.

“He [Umarayn] was killed and more information will be available after a full assessment,” Sean Ryan, spokesman for the US-led coalition, said in a statement issued after Sunday’s strikes.

“Umarayn had given indications of posing an imminent threat to Coalition forces and he was involved in the killing of American citizen and former US Army Ranger, Peter Kassig,” he said.

Ryan said the jihadist had also been involved in the execution of several other prisoners.

It is the first time the coalition, which has been hunting down ISIS fighters in Iraq and Syria since 2014, has announced the killing of a jihadist leader linked to Kassig’s death.

At the time of the execution, IS released a video showing Kassig’s severed head but did not publish footage of the decapitation, as it had done for other hostages.

The Syrian Observatory for Human Rights said Coalition forces fired “more than 14 missiles” at a Syrian army convoy as it was passing through the desert.

“The group was lost in the middle of the desert around 35 kilometres from the al-Tanf base”, the Observatory’s Director Rami Abdel Rahman told AFP.

“False, the strikes were as the report stated and directed at ISIS,” he said.

Kassig founded a humanitarian organization in 2012 that trained some 150 civilians to provide medical aid to people in Syria. His group also gave food, cooking supplies, clothing and medicine to the needy.

He took the name Abdul Rahman after converting to Islam.

His execution was part of a gruesome series of Western hostage beheadings that ISIS filmed and published to shock the world as it attempted to expand across the region.