The Syrian-Syrian Dialogue Conference was attended by more than 100 figures from the opposition who discussed a wide range of topics writes Ana Press. 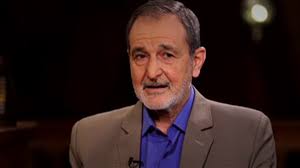 The co-chair of the SDC, Riad Darar, told Ana Press, “The conference’s main aim was to bring together Syrians. We say Syrians because we do not want to speak only for the opposition alone, but for all Syrians. We invite everyone, because the coming together of Syrians is the path to a solution in Syria, and through that we can developed the main shared principles between the various parties in order to reach an agreement.”

Darar said, “A number of points were developed during the conference, which could be the basis for future agreements, whether regarding the issue of the constitution, or the meeting of secular democratic opposition forces, or agreeing with the Syrian government on the mechanism for a political solution. The Council is open to dialogue with Damascus, in order to reach an agreement that satisfies everyone.”

The SDC co-chair said that, “Several themes were developed to discuss the issue of women or humanitarian issues as a whole. Views were given and discussed, and subsequently the Syrian-Syrian dialogue will continue, to arrive at the desired aim.”

Darar stressed that, “For this meeting we invited the full opposition spectrum and the Interim Government and all actors in the northern countryside. We hope that in the coming stages, there will be broader cooperation between the full spectrum of Syrian society. Invitations will be sent to everyone for the upcoming meeting.”

The dialogue lasted for two successive days, in which they discussed “the humanitarian issue, the form of the government in democratic decentralization, the model of the Self-Administration, the economic question and its ideal form in the future, the Syrian constitution and its basic principles, the issue of women’s rights and their role in the solution and in Syria’s stability, and the mechanisms for uniting the secular, democratic opposition.”

The conference was attended by more than 100 figures from the internal and external opposition, and the presidency of the SDC, and “a number of politicians from Syrian provinces and figures from civil society and women active in public affairs,” according to the SDC announcement.