The US-backed Syrian Democratic Forces have been fighting to eliminate the Islamic State from east of the Euphrates reports Zaman Al Wasl. 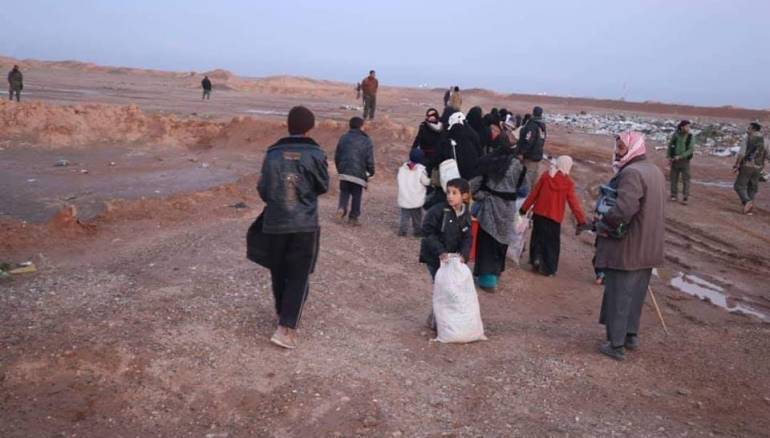 The US-backed Syrian Democratic Forces (SDF) said Sunday it had thwarted an Islamic State (ISIS) car-bomb attack in eastern Deir ez-Zor province, amid the mass displacement of tens of families from battlefield areas.

For weeks, SDF fighters have been attempting to remove ISIS from their last pocket of Syrian territory on the banks of the Euphrates, in an offensive backed by US-led airstrikes.

But the radical group has showed stubbornness and has advanced into SDF areas, killing and wounding dozens.

The SDF captured a senior ISIS leader who served as an assistant to the group’s self-declared “caliph” Abou Bakr al-Baghdadi, they said Friday.

The SDF, a Kurdish-led militia that holds a quarter of Syria, east of the Euphrates, detained Osama al-Awaid last week, it said in a statement.

They captured Awaid in a special operation in a village in eastern Syria, the statement said, adding that he had been a senior security official for ISIS in the country.

More than a year after the Islamic State’s physical “caliphate” collapsed in both Syria and Iraq following military attacks, Baghdadi’s whereabouts remains a mystery.

However, despite its loss of territory, the group has been able to launch guerrilla attacks in areas controlled by both the Syrian and Iraqi governments.