Forces from the Gulf are active on the ground in Deir ez-Zor, fighting against the Islamic State and deterring any actions by the Turks writes Basnews. 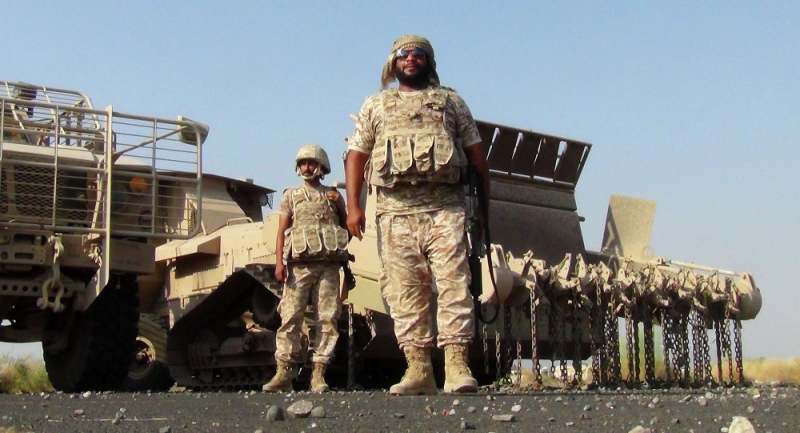 A source close to the Syrian Democratic Forces (SDF), of which the Kurdish People’s Protection Units (YPG) are the backbone, has confirmed that Gulf Arab forces are participating on the ground in battles against the Islamic State (ISIS) in the group’s last pockets in the Deir ez-Zor countryside, east of the Euphrates.

The source, on conditions of anonymity, told Basnews, “The Gulf Arab participation includes ground forces and heavy machinery east of the Euphrates.”

He added, “The SDF have about 60,000 fighters, 30,000 of them are the forces fighting on the ground, and another 30,000 that the International Coalition will train to be border guard forces.”

The source added that, “Saudi and the United Arab Emirates would have borne the cost of training and arming of these forces, but Turkish opposition and their pressure on the United States and the rest of the International Coalition countries has prevented the application of this plan and delayed it until an appropriate time.”

The source said, “The Arab forces’ participation in the ongoing campaign to eliminate ISIS in its last pockets in the eastern Deir ez-Zor countryside, in conjunction with the efforts to establish observation points on the northern border of the eastern Euphrates areas, come as part of the reactivation of the previously-noted plan to weaken the Iranian presence in Syria by cutting off Iran’s land connection with it.”

The source said that “Saudi and the UAE will contribute to funding the training of border forces and strengthening the observation points on the border with Turkey.”

Although a Kurdish source close to the SDF previously denied to Basnews that the International Coalition forces had specified “observation points” on Kurdistan’s western border with Turkey in Kobani and Tel Abyad yet, another source from the noted area said that American forces had actively begun working over the last 48 hours to establish five observation points on the Turkish border with west Kurdistan (Syrian Kurdistan) as part of a series of measures which Washington is carrying out in order to bolster its military and diplomatic presence in the region. This also included signing a memorandum of understanding for a year to train 30,000 fighters from the Syrian Democratic Forces and fight ISIS cells.

Last Thursday, an official source in the SDF told Basnews that, “Observation and monitoring points are deployed on the border between our forces and Turkish forces, in the town of Ain Eissa in the northern Raqqa countryside, which is part of our understandings with America, France and Britain, regarding Turkish attacks on areas in northern Syria.”

The Kurdish source said that, “Establishing these points aims directly to reduce tension between Turkey and the SDF and to stop Turkish attacks on the eastern Euphrates area in general.” He said that, “This means a return of the stability, which this area had been enjoying after the ISIS attack on Kobani.”