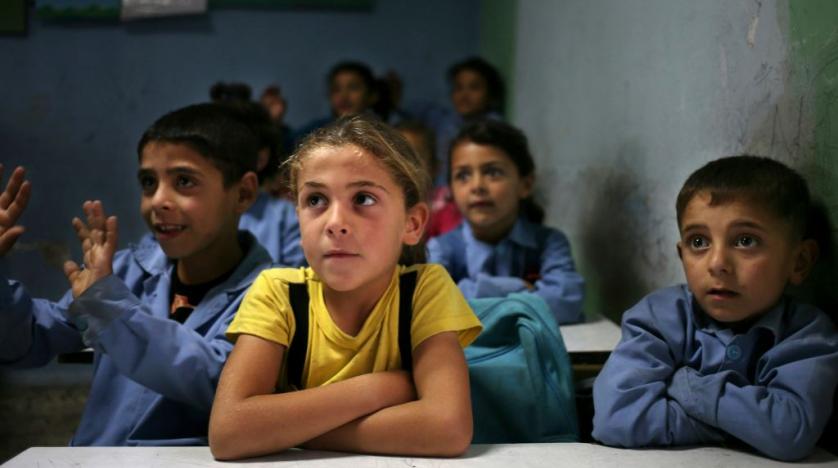 The number of Syrian students enrolled in formal education in Lebanon is 213,358, of whom 59,149 study in the normal morning hours, and 154,209 attend school in the afternoon. This record – not found in any other country – reflects the size of Syrian refugees compared to to the population of Lebanon.

“Lebanese public schools receive the highest proportion of refugee students in the world compared to the population,” said Fadi Yaraq, Director General of the Ministry of Education.

“The education of Syrian students in Lebanon is funded by the European Union, Germany, Britain, Norway, France and the United States. The transfers are carried out through the Ministry of Education from UNICEF, the UNHCR and World Bank,” Yaraq noted.

He noted that Syrian students have registered remarkable successes in official examinations.

“Their results were slightly lower compared to those recorded by Lebanese students.”

“The first observation is that there is a disparity between the ages of Syrians within the same class,” said Fadia Wehbe, a specialist in psychology and a primary school teacher.

She told Asharq Al-Awsat that some students did not attend school for one or two years, which meant sending them to courses for literacy and reeducating them in general subjects. Those students were later evaluated and distributed according to their academic and scientific level.

“Despite the differences in age, a large percentage of students caught up on what they missed,” she added.