The UN had warned that an all-out on Idlib, where three million people live would trigger a humanitarian catastrophe and one of the worst bloodbaths of Syria's war writes 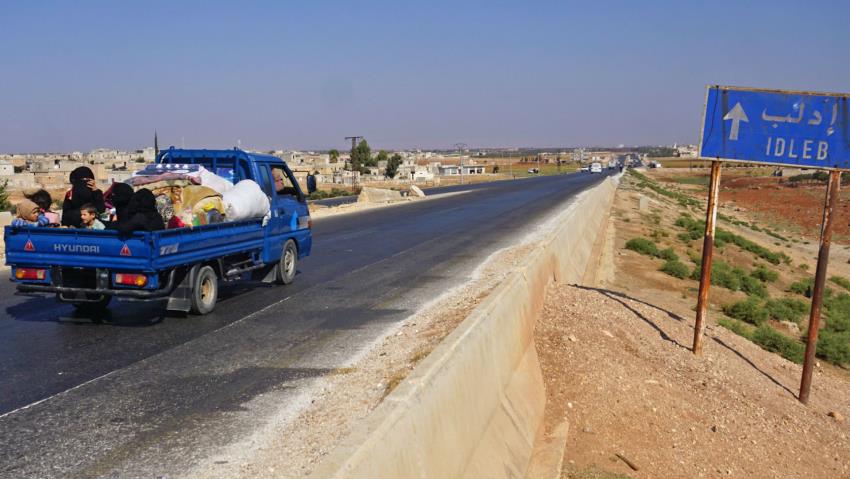 Thousands of people who were recently displaced by violence in northwest Syria have returned home following a Russia-Turkey deal that averted a regime offensive on the last major rebel stronghold, Syrian opposition activists said Wednesday.

The United Nations said that in the first 12 days of September, over 38,000 people were internally displaced by an intense Russian-backed regime aerial bombing campaign in Idlib and neighbouring provinces.

Most of them headed toward the border with Turkey, packing already overcrowded camps there, the UN Office for the Coordination of Humanitarian Affairs said.

It said over 4,500 are estimated to have spontaneously returned to their homes shortly afterward when regime bombardment stopped.

The Britain-based Syrian Observatory for Human Rights said that some 7,000 people have returned to their towns and villages since Monday, when Russia and Turkey announced the deal.

Syria-based opposition activist Yazan Mohammed said the flow of people back to their homes started days before Monday's deal was announced between Russia and Turkey as residents were expecting it.

The demilitarized zone will be established by 15 October and be 15-20 kilometres deep, with troops from Russia and NATO-member Turkey conducting coordinated patrols.

Some rebel groups in Idlib said they feared the deal would pave the way for a massive attack.

UN Secretary General Antonio Guterres said the agreement to create a demilitarised zone in Idlib "should avert a full-scale military operation and provide reprieve for millions of civilians", a UN statement said.

The United Nations had warned that an all-out assault on the province where three million people live would trigger a humanitarian catastrophe and possibly one of the worst bloodbaths of Syria's seven-year war.