The latest mass grave uncovered in Raqqa contained the bodies of 94 people, which were discovered at the Old Mosque reports Zaman Al Wasl. 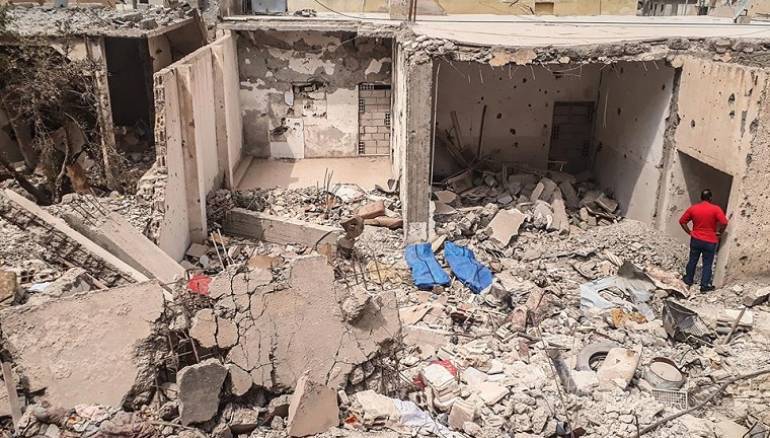 On Tuesday, the Kurdish-led Raqqa Local Council said that 94 bodies have been been discovered at the Old Mosque in Raqqa, the one-time capital of the Islamic State (ISIS).

Abdullah al-Arian, a senior official in the council, said 68 bodies had been identified and the remains handed over to their families and the remaining 26 unidentified bodies would be buried in special grave.

So far, 2,600 bodies have been recovered from mass graves in the areas of Al-Rasheed Stadium, the zoo, Bedouin Neighborhood, and the ancient mosque, Al-Arian told a local radio station.

Last April, the local council moved two mass graves containing the bodies of 500 civilians and ISIS jihadists out of the city.

Abdul Aziz al-Metleq, a Raqqa-based activist, said that most of the victims in mass graves were killed by the US-led coalition airstrikes and by the YPG-led Syrian Democratic Forces.

Regime forces also found a mass graves near Tabqa airbase, containing bodies of 60 troops killed by ISIS in 2014.  The bodies have been moved to Aleppo military hospital.