As part of the agreement, Russia and Turkey will conduct joint patrols in the demilitarised zone reports Anadolu news agency. 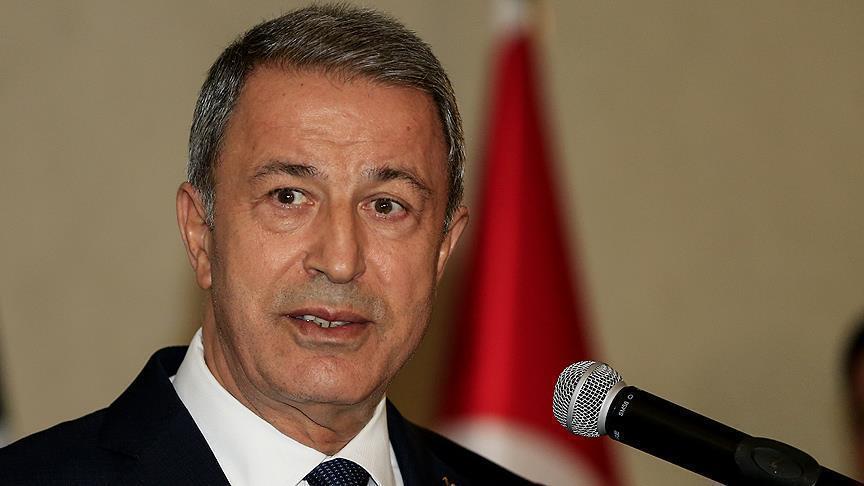 On Tuesday, Turkey’s Defense Minister welcomed an agreement between Turkey and Russia to establish a demilitarized zone in Syria's Idleb province, calling it an “important achievement”.

In a meeting with ambassadors in the capital Ankara, Hulusi Akar said a huge humanitarian crisis had been prevented with this agreement, which was signed on Monday in Russia's coastal city of Sochi.

“Turkey will, as it has been from the beginning of the Syrian crisis, continue carrying out its responsibilities on the Idleb issue,” Akar said.

He said, “The agreement is an important achievement for the countries involved — particularly Russia — and the people of the region, as much as it is to prevent the burden on Turkey.”

He said Turkey would continue its military actions in Idleb in coordination with Russia.

Akar said international security and stability had been recently facing important risks, while Turkey is struggling with more than one threat.

"Turkey has been fighting against the FETO, PKK/PYD/YPG/KCK, and, at the same time, hosting over 3 million Syrians," Akar said.

Akar said Turkey was respectful of the territorial and political integrity of all its neighbors, not only Syria and Iraq.

Akar went on to say, "However, we have not been silent against the attacks on our homeland from these countries. Our main goal in the region is to ensure peace and stability and to fight terrorism.

“In doing so, we show great sensitivity to ensure that innocent people, the environment and religious and cultural structures are not harmed."

Turkish and Russian armed forces will conduct joint patrols along the zone's perimeter, according to the agreement.

Located near the Turkish border, Idleb province is home to more than 3 million Syrians, many of whom fled from other cities following attacks by regime forces.

The UN warned that such an offensive would lead to the "worst humanitarian catastrophe in the 21st century”.