Despite being the first local elections in a number of years, voters have been staying away from the ballot boxes writes Damas Post. 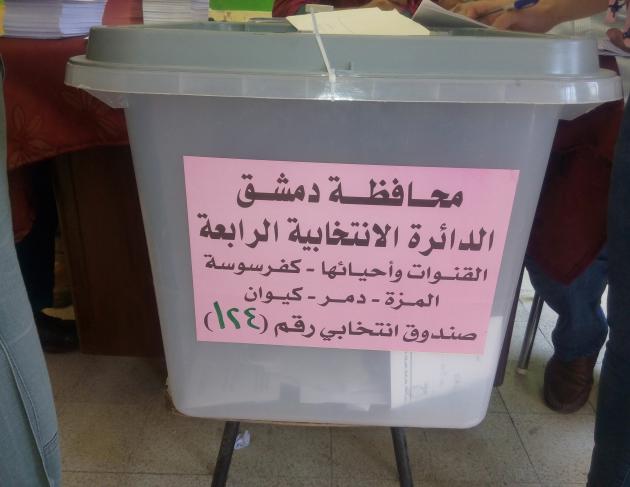 It’s one o’clock in the afternoon, and the polling stations are nearly empty. There is a single voter and several people crowd around him, raining down instructions and guidance. They hand him a “semi-mandatory” paper with the National Unity list and leave him a space to add a number of names, if he desires.

This was the scene in a polling stations for the local administration elections — a scene repeated in nearly all previous election cycles. However, today was distinguished by a low voter turnout, which suggests that people were boycotting the vote.

After an attempt to speak with the heads of these polling stations, they refused to give any statement, each for a different reason. The first was because he did not have to make statements to the press, and the second was because there was only one media organization authorized to speak with him and he was not allowed to speak to others. The real reason for their silence was that they did not know what they could say — they can’t be allowed to acknowledge the low turnout, but they can’t say it was good in front of the press either.

A passerby in the street outside the polling station told Damas Post that two Baath Party youth had been standing outside the station trying to persuade him to participate and that one had not known which candidates to vote for and the other said he didn’t know why to vote or what the winners would do. Likewise, a woman who was waiting for her son outside a school where a polling station was set up was persuaded by the men to vote, and so she asked them to tell her who to vote for, as she also did not know any of the candidates.

About 40,000 candidates are vying for 18,478 seat in the elections that are being held across the country. Voting began at 7am on Sep. 16, 2018, and the polling stations are expected to close at 7pm. With a decision from the High Elections Committee, it is possible to have the voting period extended by five hours at the most.