The students were protesting the decision to stop offering the supplementary session at the university writes Enab Baladi. 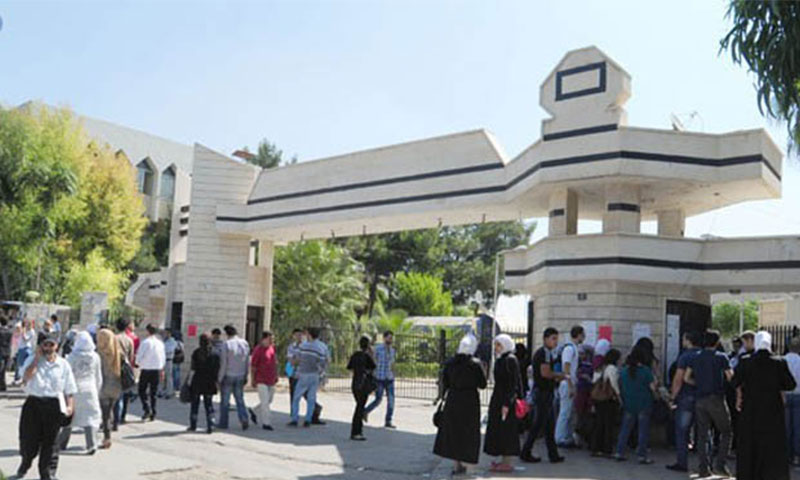 Syrian regime security forces arrested a number of students in Damascus who were conducting a sit-in to protest the cancellation of the supplementary session in Syrian universities.

According to the Facebook page of the regime loyalist Damascus Now, on Aug. 28, 2018, security forces arrested multiple young people for attending unlicensed protests that called for the continuation of the session.

The page did not say how many were arrested, but the Voice of the Capital (Sowt al-Asima) network said on its Facebook page that the number of students arrested by military police in the Ummayad Square in central Damascus reached 30.

Enab Baladi’s correspondent in Damascus confirmed that a number of students were arrested during the protests, saying that military police were widely deployed and that there were security patrols in capital districts.

The Higher Education Ministry issued a decision on Aug. 18, 2018, which canceled the supplementary session in Syrian universities for the 2018-2019 academic year, keeping it only for students in their graduation year and for just four courses.

The decision provoked anger among university students, who wanted to keep the supplementary course system, and some of whom called for sit-ins to be held to demand the cancellation of the decision.

Since 2009, the supplementary course for students has been announced annually in accordance with an exceptional presidential decree — that is, not as a fixed ministerial decision.

Prime Minister Imad Khamis said, in response to the protesting students: “There is no supplementary course because our universities have returned to their situation before the war.”

The level of education at Syrian universities declined during the war years, according to statements issued by the Director of the Media Office at Damascus University, Mohamed al-Omar.