The National Front for Liberation has stated that they are ready to face any assault that the regime launches at Idleb reports Enab Baladi. 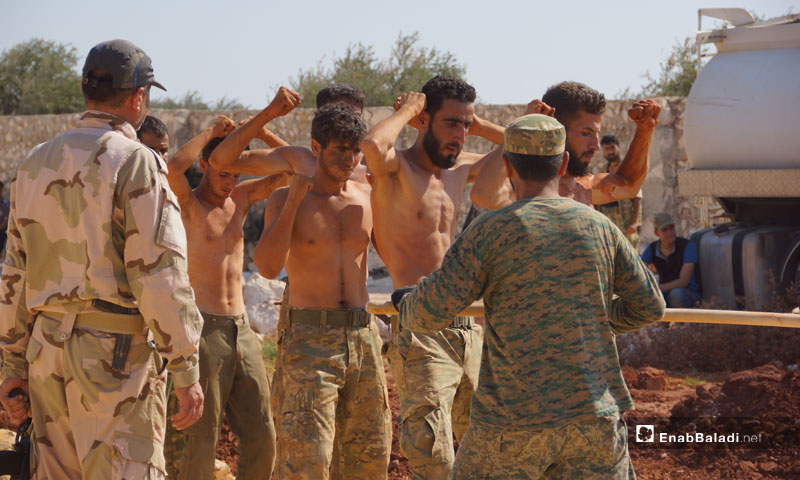 The National Front for Liberation has denied being in contact with the Russians about reaching a solution for Idleb province.

In a statement issued by the Front, which includes rebel groups allied with Turkey in Idleb, it said that the Russian statements in this regard were “lies, fraud, deceit, deception and a psychological war against the people.”

The statement added that “we confirm our high state of readiness to repel the regime if it attempts to attack Idleb and the liberated areas.”

Russia announced that it was holding talks with military groups in Idleb to reach a “peaceful solution” without military operations.

Russian media quoted the Russian Defense Minister Sergey Shoygu as saying that “the Russian reconciliation center is holding talks with the commanders of armed groups in Idleb to reach a peaceful settlement.”

Assad’s forces and the militias have been sending military reinforcements to the Idleb area in order to begin a military operation in the coming days.

On the other side, the rebel groups have sent “massive” military reinforcements onto various fronts, especially the western countryside from the direction Jisr al-Shaghour, connecting to the northern Latakia countryside.

A commander in the Free Syrian Army, Mustafa Sijiri, said that the Russian statements were part of a media and psychological war which had no basis in truth.

He told Enab Baladi that northern Syria was the “last stronghold of the revolution” and that the start of any military operation, even a limited one, in any area, would mean the end of the ‘de-escalation’ agreement from the coastal mountains to Jarablus.”

He said that “the military forces in the area of Euphrates Shield and Olive Branch will be exactly where they are needed to be.”

According to Sijiri, Russia has called for a session regarding Idleb to be held at the United Nations Security Council with the aim at providing international cover to legitimize crimes against the Syrian people.

He said that the continuing silence of the international community regarding Russia’s crimes and the failure to take serious steps to stop possible aggression against Idleb amounted to active participation in the eradication of four million civilians.

Hayyat Tahrir al-Sham is considered the main obstacle which the Syrian regime and Russia are using as an excuse to begin military operations in Idleb, because it is included on “terrorist” lists and is excluded from the “de-escalation” agreement signed by the guarantor powers (Turkey, Iran and Russia).