A potential new chemical attack, ISIS hostages, an increased Russian naval presence and Turkish pleas for restraint. Catch up on everything that happened this weekend. 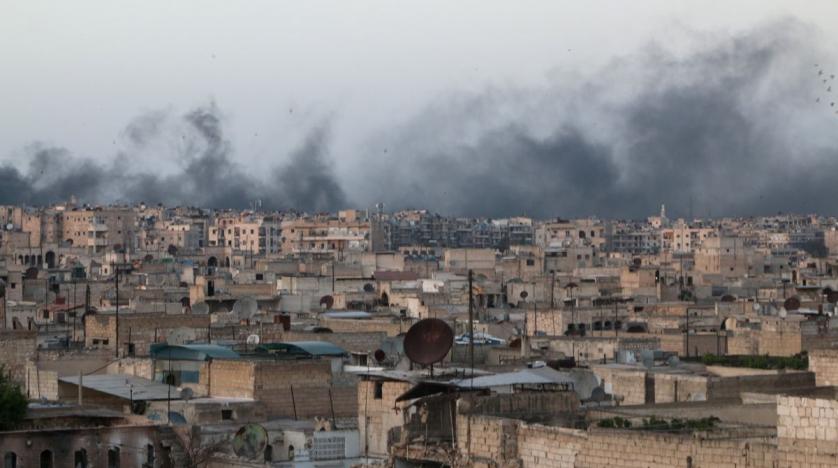 1. Russia said that Hayat Tahrir al-Sham, formerly the al-Nusra Front, was preparing a chemical attack against civilians in northwestern Idleb province. It is seeking to blame the possible attack on the Syrian regime, said sources. The Russian military cited its sources alleging that several containers with chlorine had been delivered to a local town and later taken to a nearby village. The Defense Ministry also claimed that a private British contractor is helping the rebels to stage the attack. [Asharq Al-Awsat]

2. On Saturday, Human Rights Watch (HRW) urged the Islamic State (ISIS) terrorist group in southern Syria to release at least 27 hostages it abducted from the Suweida region in July. The group of mostly women and children were abducted by ISIS on Jul. 25, 2018, during a massive assault on the Druze community in Suweida, in which the terrorists killed more than 250 people. They are being held by ISIS as leverage in negotiations with the Syrian regime and its Russian ally, according to HRW. [Zaman al-Wasl]

4. The Russian Black Sea Fleet announced that Admiral Grigorovich and Admiral Essen are joining the Russian ships stationed opposite the Syrian coast in the Mediterranean. On Saturday, a representative of the fleet told RT that two frigates are passing through the Bosporus and Dardanelles straits, and they should rendezvous with Russian ships in the Mediterranean later today and begin carrying out their assigned tasks. [SANA]

5. Turkey's Foreign Minister has warned against a possible Syrian government offensive on the last remaining opposition stronghold. Mevlut Cavusoglu, who was in Moscow on Friday for talks with his Russian counterpart Sergei Lavrov, said that Russia and Turkey should work to separate opposition groups from "terrorists" in the northwestern province of Idleb. He warned against an offensive, saying that it will cause a "humanitarian catastrophe." Lavrov indicated that Moscow is losing patience with the militants, who often target government positions from there. [al-Araby al-Jadeed]