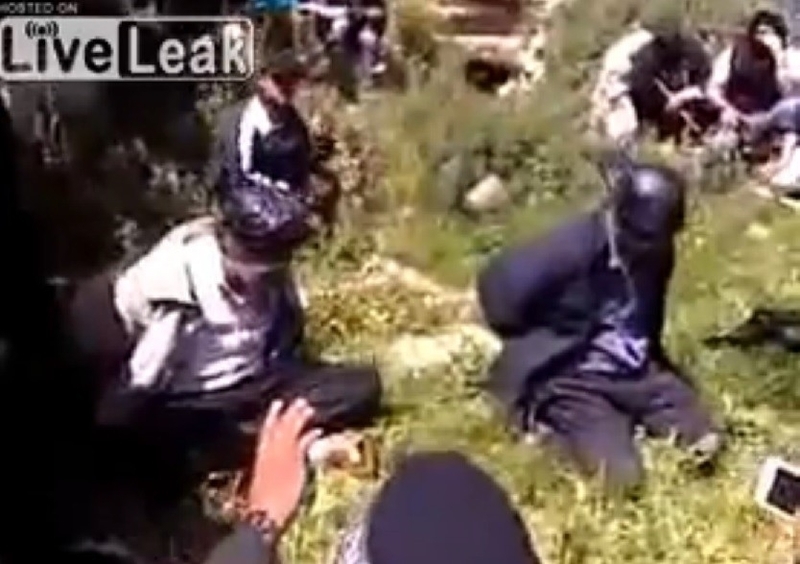 Human Rights Watch has dismissed reports that three Franciscan friars were beheaded in Syria in a graphic video that emerged on YouTube this week. The findings by HRW back claims that the footage was used for propaganda by Bashar al-Assad's regime.

According to an in-depth investigation by the New York-based organisation, the footage was shot in April and shows the beheading of two Shabiha people – collaborators with the Assad regime – in the village of Mashhad Ruhin 120km from Ghassaniyah.

The video was originally believed to show the execution of three Franciscan monks.

The killers are part of the al-Muhajireen al-Ansar brigade led by Chechen commander Abu Omar al-Shesheni. The video was arbitrarily linked by Catholic Online to the death of Francois Murad, a 49-year-old Franciscan father.

But the Custody of the Holy Land denied that Murad was one of those in the video and confirmed that all other priests in the area were still alive.

According to reports by the Vatican, fighters loyal to the radical Jubhat al-Nusra front attacked the Convent of the Custody of the Holy Land in Ghassaniyah, in northern Syria, where Murad had taken refuge, and killed him on 23 June. But the circumstances of his death were not fully understood, according to the Vatican.

HRW conducted a topographic analysis of the ground in the film and facial recognition techniques on the victims and Murad. In the video, according to the Huffington Post, it is possible to hear the militants speaking in Russian on two occasions. The executioners were identified as coming from Chechnya and Dagestan as part of a group of militants based in Mashhad Ruhin.

The two victims in the video were sentenced to death for arms trafficking and not because they were priests, said the NGO.

The video was "uploaded by al-Qaida to terrorise Christians," according to Andrea Avveduto of the Custody of the Holy Land. "The corpse of Murad was intact," Avveduto said.

The first user to upload the video on YouTube was SyriaTruth, a pro-Assad network that has been the mouthpiece for the Syrian regime in the last two years.